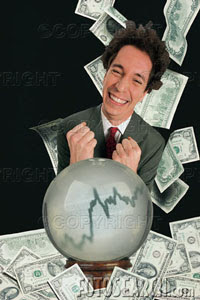 So, in the Libyan fable it is told
That once an eagle, stricken with a dart,
Said, when he saw the fashion of the shaft,
"With our own feathers, not by others' hand
Are we now smitten."
--Aeschylus, Fragment

Woo hoo witchy woman
She got the moon in her eye
--Witchy Woman, The Eagles

More divination on the part of our leadership. They may next be casting runes and reading entrails in the Pentagon.

“I think it’s just temporary,” Pittard said. “We’re not seeing the kind of progress we’ve seen in the past. ... I think we’ll see it in the future.”
The progress is postulated on his crystal ball readings and carried upon the back of killed, maimed and wounded service members.

Ranger reckons that prediction must be a career-enhancing, ticket-punch moment.

posted by rangeragainstwar at 10:22 AM

We'll see more progress in the future just as soon as they get a new supply of Mk II pencils.