RANGER AGAINST WAR: Lost in Space < 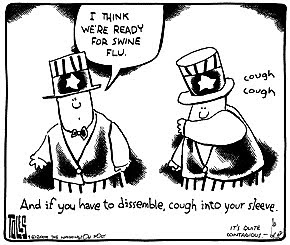 The NASA scientists are gleeful, happy and totally focused on their mission of exploration and knowledge. These people were thrilled to be there, which brought me to mind of my work, with the Department of the Army, both as a civilian and as a soldier.

The question arose: Why are there few or no memories of happiness, joy and glee at doing a fine job? The answer: We never produced anything of value or worth. We wrote OPLANS, Letters of Instructions, Staff Studies, etc., all of which amounted nothing.

At some level, we knew that our existence was not productive. We were lampreys in the system, unlike the NASA engineers who are creating useful knowledge.

We have NASA doing deep space exploration, while we desperately need to apply their technology to the problems of our own daily lives, like global warming and oil dependency.

Our knowledge is so balkanized. As one example, Mini Cooper went to work developing an electric version of their vehicle and had prototypes on the ground in under a year. They are being tested in the U.S.; however, they will not be marketed in the states. And how long have U.S. auto manufacturers been screwing around with the electric car project?

Why are our priorities lost in space? By that, we do not mean to discredit the worth of the Space Program but simply to ask why our knowledge is not collated and disseminated? Why can't U.S. technology address the real issues of our global and national survival in a way synchronous with other technologies -- E. O. Wilson's Consilience?

The question is not, "Is there life on Mars," rather, is there intelligent life on earth?

posted by rangeragainstwar at 10:33 AM

The "mission" of a solar rover and a solar commuter car are vastly different. If you wanted to pay several million dollars for a solar vehicle that does 17MPH I suppose you could, but why? Nothing more need be said there.

On the EV front you have a more valid point. The technology has only just recently matured to the point where they make any sense for an average American, but as usual fear mongering has polluted the marketplace already.

Concern trolling about battery pack life and costs of production flys in the face of the real-world data from nearly a decade of Insights and Prii on the road but it still impacts J6P.

Hand waving over "where the electricity comes from" on plug-in hybrids ignores the truly pitiful efficiencies in the petrol pipeline to your ICE, let alont the ICEs own insanely low thermal efficiency.

In other words, politics as usual.