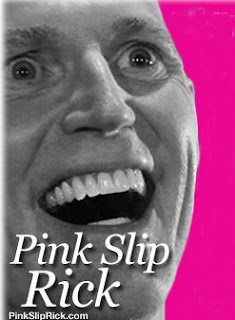 Saved you the room you used to
stay in every Sunday
The one that is warmed by sunshine every day
And we'll get to know each other for a second time
And then you can tell me 'bout your prison stay
--Care of Cell 44, The Zombies

There is a controversy brewing in the Sunshine State around the constitutionality of privatizing the prison system. The Florida Supreme Court has ruled against the idea, but our profit-minded Governor "Pink Slip" Rick Scott is seeking too circumvent the ruling in the name of saving taxpayer's money, the holy grail of politicos everywhere.

However, if saving taxpayer's money were truly the concern, reducing the growth of the prison/security state should be the focus. Prisons should not be the premier growth industry of a state, yet it is. It is estimated that between one in 36 to 100 Americans are currently in jail. That is a lot of potential manpower being warehoused on the state's dime.

Getting "tough on crime" via incarceration may sound good, but when most inmates are non-violent drug offenders, it makes little sense. The majority will just get back on the carousel upon release anyway, and the only achievement will have been to have made room for a new crop of users/criminals to practice their craft in their place.

If we wanted to save money and be a just and equable society, forget the profit margins and look at reducing the human cost of our lock-up leadership philosophy. By extension, it could be said that Rick Scott and his cohort have always profited by keeping the legions in thrall, for what is today's health "care" system (which Rick ran before attaining his governorship) if not a warehousing of sick people into chutes and holding pens to be prescribed drugs or surgery?

There are currently too many people in prison to no benefit to the state or to themselves.

Most Americans spit on the ground when you mention "illegal aliens." Oh, they say it'd be cool if only these….these…."Illegals" would only go through the proper channels, i.e., beg, bribe, or supplicate the right bureaucrats.

Putting the millions of illegal aliens in prison is not feasible, for obvious reasons. "Deport 'em!", say the members of Club America, upon whom an accident of geography has bestowed citizenship. And I say, "Great Idea!", but let's not stop there. Let's deport ALL the criminals in our prisons and jails. The Brits did that with great success a couple of centuries ago, and the penal colonies waxed successful and quickly eclipsed the jailers.

We could even combine this "problem" with the PWOT and foreign aid comedies. Ship the "undesirables" to Afghanistan and bring the troops home!

Yes, we've thought the same thing: Some sort of Afghanistan nexus, where we could maybe bring back some friendlies to re-populate dying cities like Detroit. Or maybe, make such places "illegal reservations".

I've actually read in the NYT that Such a shift is happening with our Mexican immigrant population, albeit on a smaller scale. But the barrios in Illinois are growing ...

In the name of 'saving money', Topeka Kansas is seriously trying to decriminalize domestic violence.

Not decriminalize pot.... but bodily harm to a family member is 'just too darn expensive' to fool with any more...

Can you say 'WTF' boys and girls?


I knew you could.

Stunning, really. Forget the niceties that are going by the wayside, we're talking safety here.

The reason this protection can be so blithely loosed is that we still view affairs within the home as private matters (a man is the king in his home.)