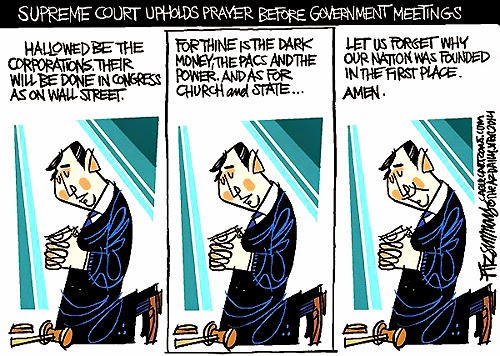 When a combat unit sustains 30% casualties, historically such a unit is considered "combat ineffective". Upon this designation the unit is reconstituted by filling it with replacements.

-- The poverty rate for unemployed Americans is 33%

-- 45% of U.S households headed by a single mother live below the federal poverty guidelines


If the United States were a combat unit, it would be approaching combat ineffective status.

In my NorthFlorida county, 30% of the total population lives in poverty. Does this mean that our social structure is ineffective? Have we lost the ability to fulfill our mission -- the  pursuit of life, liberty and happiness?

While becoming a warrior nation, we have ignored the plight of our people. When did this happen, and where? Why does the taxpaying public accept this gross miscarriage of democratic thought and action?

This essay was prompted by a United States Marine Corps ad which stated that the Corps was "defending the American way of life." The American way of life is being degraded by our focus on other efforts in other places which conveniently take our eyes off the ball. The "American Way of Life" being defended should not include hunger, homelessness, poverty and despair.

If the U.S. were a combat unit, we would be stacking arms and headed for the Prisoner of War compounds.

posted by rangeragainstwar at 3:16 PM

I think that there is a conditioning that folks you don't personally know aren't really people.

This allows you to be mean to people and still feel good about yourself (after all, they probably deserved their misery anyway).

It also allows the 'powers that be' to rule by division.

Soon enough even the 1% will feel the effects of inflation. And really, its the 0.01% that truly run our nation. They run it on their credit which impoverishes us on purpose. The fact is the poverty line is skewed lower than it should be because the US government does not track actual inflation.