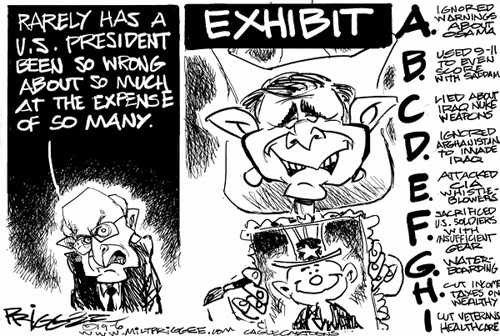 Oh, I'm not aware of too many things
I know what I know, if you know what I mean
d-do ya?
--What I Am,
Edie Brickell and New Bohemians

Have you ever seen the film Being There,
in which Peter Sellers plays a vacuous imbecile
who through a series of misunderstandings
ends up poised to become president?
--Watch Out, World, The Sunday Times
_____________________

[Of course, Ron Liddle was comparing Mitt Romney to the hapless character Chauncey Gardener, but the comparison works just as well for George W. Bush. Come to think of it, it applies to an endless number of candidates, hence the brilliance of the construction.]

"Rarely has a U.S. president been so wrong about so much at the expense of so many," -- not referring to President G. W. Bush, but President Obama (The Collapsing Obama Doctrine).

How is this level of shamelessness possible in a man who has held a position of respect in our government? Could Cheney be deluded? Perhaps just terribly confused, or bombastic? Does he care that his legacy be one of an inveterate liar -- a  criminal creep? Perhaps he is simply a flat-out criminal, engaging in some Projection 101.

Ranger recently came across a photo in General (RET.) Hugh Shelton's book, Without Hesitation, of the General standing with President George W. Bush on 28 September 2001, a mere two weeks after the World Trade Center attacks: 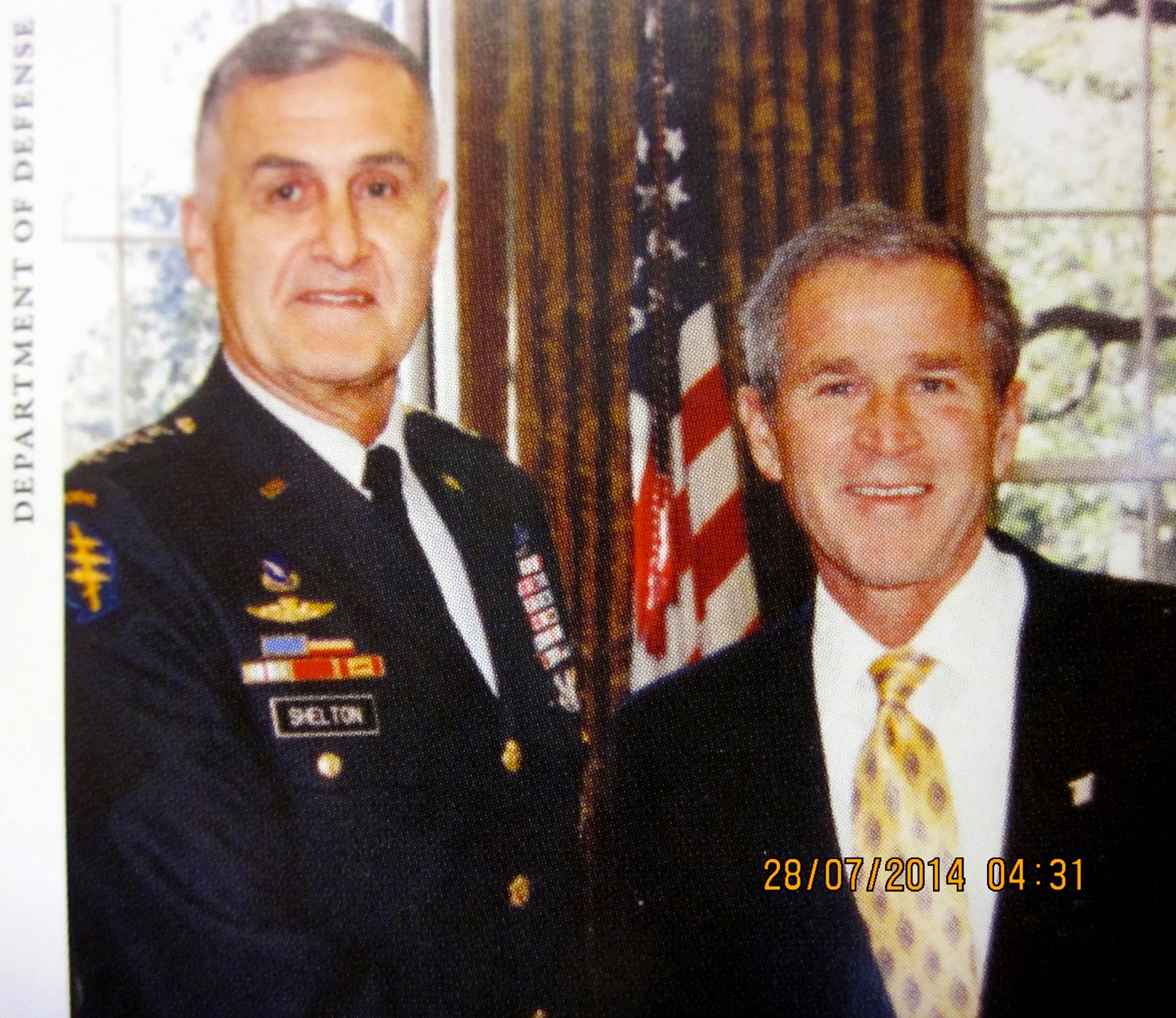 The President looks positively glowing -- nary a sign of furrowed brow for him.

Remember the "high striker" game at local fairs and carnivals? If you struck with the mallet hard enough, you could max out at the top of the scale. Now, if you were charged with choosing the penultimate word or phrase for describing chutzpah of VP Cheney, and then for Mr. Bush, what term would you choose? 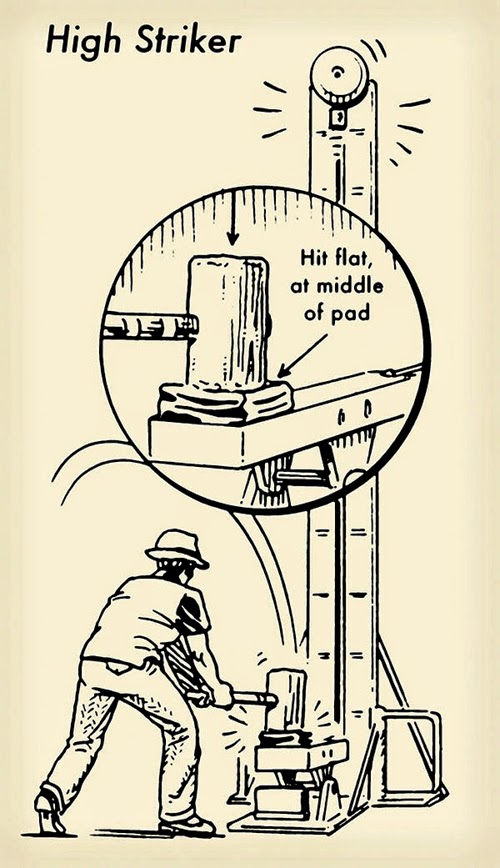