RANGER AGAINST WAR: A Chance < 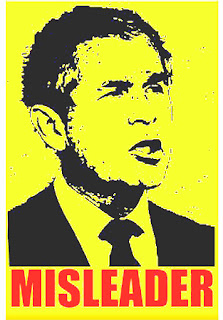 Flying away on a wing and a prayer
Who could it be?
Believe it or not it's just me
--The Greatest American Hero, Post and Geyer

Now we hear the U.S will have a role in Iraq at least until Summer 2009. This is according to the classified Joint Campaign Plan--the strategy of the top American commander and the American ambassador.

"The goals in the document appear ambitious, given the immensity of the challenge of dealing with die-hard Sunni insurgents, renegade Shiite militias, Iraqi leaders who have made only fitful progress toward political reconciliation, as well as Iranian and Syrian neighbors who have not hesitated to interfere in Iraq’s affairs."

Of course Iranian and Syrian neighbors interfere. But the U.S. is the BIG schterer. Invading, effecting regime change and FUBARing Iraq--the methodology of visigoths and huns--used to be seen as barbarous. We now call running that sort of interference democracy.

Do we have any clue as to the hypocrisy of U.S. policy? We do whatever we want, but the Iranians and Syrians had better mind their P's and Q's.

“The idea behind the surge was to bring stability and security to the Iraqi people. . . and by so doing give the Iraqis the time and space needed to come to grips with the tough issues they face and enable reconciliation to take place,” said Col. Peter Mansoor, the executive officer to General Petraeus."

Remarkable. U.S. soldiers are being blown to bits to allow Iraqis to come to grips with their tough issues. This is beginning to sound like some perverse Woody Allen analysis marathon. Perhaps we ought to just truck in a slew of therapists couches and analysts, post them along the safer border regions, and anyone wrestling their inner demons can tough it out there before returning to negotiations. The MRAP's can perform as shuttles to the therapy regions.

Ranger does not suppose that the families of maimed and wounded U.S. soldiers are proud to sacrifice their progeny for Iraqis to gain time and space. Does the word Polyanna come to anyone else's mind?

The protection of the population can only be accomplished by isolating insurgents if they are outsiders. Examples are Che Guevara in Bolivia, and the British Malaya experience.

When the insurgents are the population then separation is unlikely. The insurgents are not interested in political reconciliation, and 95% of them are Iraqi nationals. Only the 5% can be isolated, and that should be the goal of U.S. operations.

It is the military precision implied here which is breathtaking. An entire policy based upon a chance.

Guess it's the "even a blind fox catches a hen every now and again" game plan. Is that Clausewitzian?

posted by rangeragainstwar at 12:41 PM

Blind foxes and squirrels are not Clauswitzian but apparently hope is still a valid strategy.

Long range historical analysis -- why the entrance, and not the exit bears the primary responsibility for the carnage that will follow our retreat:

Insurgents may be the most of our problems, but they are the least of Iraqis'. I have no idea who the fuck we are fighting, but no doubt the Shi'ite militias that oust the American puppets upon our inevitable exit will be thoughtlessly lumped into the same category as "insurgents" who attack us now. Never mind that we have been effectively arming and organizing those who will attack the government when we leave.

None of this is to say, right now, that withdrawal is better than persistence. Remaining in Iraq, to be clear, cannot bring about a political solution, cannot reduce the amount of violence, and can scarcely contain it, nor can they really expect to prevent what the administration refers to with astonishing hypocrisy as outside "interference," and this will likely never change, not for generations. A more or less permanent occupation can do one thing, however, not be a Sadr government; it function as a place-holder for the state, and, for that reason, slow down the speed of genocide -- substitute a slow motion series of ethnic massacres, for an efficient, state-sponsored, house to house violent cleansing of every Sunni male in Baghdad.

Flinger, a more or less permanent occupation is not sustainable economically or militarily.It serves no purpose in objective reality.ranger jim

"A more or less permanent occupation can do one thing, however, not be a Sadr government; it function as a place-holder for the state, and, for that reason, slow down the speed of genocide -- substitute a slow motion series of ethnic massacres"

But why should we be bleeding away U.S. soldiers to allow the Iraqis to execute their slaughter in slow-motion, like a Sam Peckinpah film?

We "liberated" them so that the inevitable would occur, which is a theocracy. It may not be what GWB envisioned, but it is what it is.

What is the benefit to us to serve as sitting duck placeholders?