RANGER AGAINST WAR: Ranger and Paul < 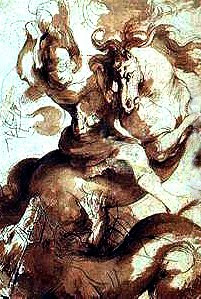 A hero has faced it all;
he need not be undefeated, but he must be undaunted
--Andrew Bernstein

Let’s get together before we get much older
--Baba O'Riley, The Who

Ranger would like to say a private word about Paul Longgrear, a personal friend and associate. It is difficult to write anything about Paul on an anti-war site because he does not associate with "turncoats", but in my case, he makes an exception.

My late friend James Donald Reid had the pleasure of being a member of training company commanded by Longgrear, and it was through him that we met. Some later duty assignments threw us together, and though we never saw eye-to-eye, the one constant was that Paul was the Real Deal.

Two books are recommended reading for the Battle of Lang Vei -- Tanks in the Wire and The Night of the Silver Stars. These books were special for Ranger because he served with Col. Shungel, CPT Willoughby and LTC Hoadley, all of whom were officers present at the battle. Paul is the sole surviving officer. The books will tell you all you need to know about these men, but it is safe to say they could have lit safety matches on their foreskins with very little effort. But let me tell you about Paul.

Paul is a man of God and has dedicated his life since Lang Vei to the ministry. He has been a family man, husband and father, and has a wonderful wife to whom he is dedicated. He has travelled the world spreading the words of Jesus in some inhospitable environments, but still he drives on.

We don't agree on the wars, and we don't agree on religion, but it is my hope that we agree that our past associations have made us friends. There is too little time and there are too few of us left not to be.

in and out of the service, i have made lifelong friends with folks that i didn't see eye to eye with on religion and politics.

just because we don't take long warm showers together doesn't mean i can't respect and like somebody whose beliefs and world view don't match my own.

i have had times where i stood side by side in the line with guys i didn't like much. we still fought together and we share that unbreakable bond.

i don't buy any of the mormon religion, most of their stuff wouldn't pass the rube test on a midwestern county fair midway. i also know that the actions of one mormon bishop and his ward of believers saved the white mountain apache people from starvation. that same bishop later made it possible for my cousin and i to attend a high school and get our diplomas. i am friends with his son to this very day.

one of my closest friends in this world was a senior officer in the viet cong. i was right in the middle of his chu hoi and helped to extract his family and bring them to the states. his family and my family are joined in ways that blood ties could never achieve.

i am close with professor victor davis hanson. i studied classics and found him to be a brilliant teacher and scholar. politically, he's a moron. his conclusions about the lessons of history and mine rarely mesh. we have had many long, sometimes heated, discussions about that history and those lessons.

there is a long list of musicians that i have played with, and enjoyed being around where our thinking, beliefs and politics weren't even close to the same page. it didn't effect the music in the slightest.

i don't apologise for my friends. the apache have a phrase about that state of relationship that is:

(they walk together always)

i doubt my friends apologise for me either.

i'm glad you and paul have found your common bond and ground to stand with each other. he sounds like a fine man, and one hell of a soldier.

MB,
Only 1/2 of Paul's story is military.
It's what he's done with his experience that is note worthy.
You and me have turned to the anti war stance and Paul has turned to God.Both positions command respect.
I hope you don't mind my characterization of your position.

I love the phrase:

(they walk together always)


This expresses the rarefied and rare human relation of extreme honor, respect and helpfulness, despite ideological difference. Its prerequisite is care, and it recognizes the ground of our shared humanity, which so few do.

i hesitate to call my self "anti-war" mainly because i am not against war as a rule. sometimes, there really isn't any other option. most of the time, i would prefer to find other ways to deal rather than face the carnage and expense of war, but, i also accept that it is sometimes, not only inevitable, but the right and good thing to do.

the declaration and waging of war is one of the biggest usurpations of power that the executive branch of our government has made. rather than be bothered with the messy and tedious constitutional process of going to congress, raising and training the troops, while at the same time figuring out how to pay for that shit is not something that american presidents have felt much like doing since they got the bomb and the "button."

i just finished "bomb power" by garry willis, i recommend it highly. he postulates that the manhattan project, which was funded secretly, even the vice-president didn't know until the morning he assumed office as president, without any notification of congress, without any check or oversight, created the "shadow" government we now are stuck with. using executive power that stemmed from torquing the constitution to make the development of the bomb, the decisions about its use, and all other facets of it somehow legal, truman committed troops to korea without any congressional input. congress OK'd a "police action" after the fact. a series of bad judgements and actions by four successive administrations resulted in a whole bunch of guys like you and i heading off to vietnam. the list of presidential military actions is one of almost complete and utter failures.

the shit hasn't worked out well for us for over fifty years, but, the whole cult of "commander in chief" is strong and growing stronger.

a civilian in the position of commander in chief of the military was envisioned by our founders (madison, hamiliton, and jay all wrote about this in the federalist papers) as a check on military power. it was never meant to justify foolish adventurism by our nation's leaders.

were it up to me, and i know it ain't and never will be, i would not only go back to strict constitutional process for the sending of troops, i would throw in a special vote of american grandmothers. only grandmothers could vote on the issue of whether or not to go to war. if our grammies give the OK, then we go.

it worked well for thousands of years for the apache.