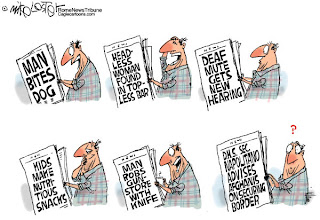 We held the day in the palm of our hands
They ruled the nights, and the nights

In 1968 Vietnam one thing was certain: While the U.S. could control the terrain on which it stood, Charlie Ruled the Night. 42 years on, different continent, same mantra.

I had the finest and most extensive training a soldier could experience before deployment, but that did not change the formula which still holds 42 years later in the Sandbox. It is little surprise. Think our Castle Doctrine . . . we are unwelcome guests in their home. The U.S. military remains, as readers Minstrel Boy says, farkling about smartly, cruising for a bruising -- but mostly trying to stay alive.
And U.S. Homeland Security Secretary Janet Napolitano said recently the terror threat from individuals radicalized inside the United States -- "homegrown terrorists" -- has grown since 2001. Napolitano issued a vague "One of the most striking elements of today's threat picture is that plots to attack America increasingly involve American residents and citizens" (Terror threat 'most heightened' since 9/11, Napolitano Says).

After billions of dollars and ten Long War years, we learn in Senate testimony that our security is more tenuous than when we embarked upon this campaign. What does this mean? Possibilities:

We hew to the Lie Theory. Napolitano is remiss to make a declaration sans qualification. If she cannot quantify the threat, how can she declare for it? Why have we seen no suicide bombers stateside? It feels like Ms. Napolitano is delivering us of a Dilbert Moment:


If the U.S. had done nothing after 9-11, would we still be at the same, high, threat level? What have the trillions of dollars spent thus far gained us? The real questions are how does a politician with no security or intelligence training provide security to the nation and why do the taxpayers finance this folly?

Since the terrorist attack of 9-11-01, the number of deaths of U.S. citizens at the hands of terrorists CONUS has remained around 3,000 (that is, it hasn't budged). Contrast this to the number of those killed or imprisoned by U.S. counter-terrorism policy: If we are no safer, what did all of this carnage gain us?

The wars have neither addressed the threat nor made us safer. Therefore, the war is not defensive in nature. The Just War metric has not been met, and people like Napolitano are as much of the problem as are al-Qaeda terrorists.

The larger threat may not be terrorism but rampant institutional ignorance and misdirection.

posted by rangeragainstwar at 7:29 PM