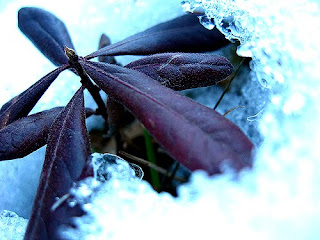 Someday I'll wish upon a star,
Wake up where the clouds are far behind me
Where trouble melts like lemon drops
High above the chimney top
that's where you'll find me
--Somewhere Over the Rainbow,
Israel Kamakawiwo Ole' version
_____________________

Last week was the anniversary of the death of RangerAgainstWar's first blog friend, John (Lurch) of the now defunct blog Main and Central. John went from being an energetic adviser - cheerleader to a friend.

He was a sometimes curt and rough guy who had a deep well of sentimentality. Anyone who spoke so fondly of his little dachshund (The Master of the Universe) understood compassion. When we met, John was still recovering from the loss of his beloved wife; but as time went on, he seemed to be opening to what the universe might bring. One of our last conversations brought forth his saucy but determined observation, "I need a woman!" -- "You most definitely do."
And it was that this gruff, brilliant and funny guy was on the cusp of stepping out that made his loss all the more sad.

I noticed toward the end he was enjoying more happy music. "In a big country, dreams can come true/like a lover's voice, on a mountainside . . ." But it is when someone can ennoble The Captain and Tennille that you remember. Lurch had used their, "Do That to Me One More Time" somewhere in the blogosphere, and I made some snarky comment about the sappiness of the tune, and I was chastened. He stood his ground and maintained that it was a song of some sentiment, and that it was very nice to feel that way.

And of course he was right. I was affecting the snide and cynical attitude of those who surrounded me, and I suddenly felt much less cool. I felt less disdainful of romanticism after our interaction. This tough guy had something to teach me about the marriage of hard and soft.

sorry to hear about your friend

Lurch was a great guy and is missed. Thank you for this memorial post. Other than Lisa and Jim, he's the only real live I've actually met. Please go see this and this.

Thank you, and yes, I did link to your post.

I am saddened that all of the good work @ main & central is gone. I believe Fixer left that up to the discretion of his children, but IMHO, that work belonged to all of us. Alas.

Thanks. I saw the link but I didn't click on it 'cause there's nothing at M&C any more.