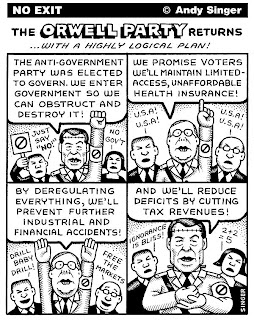 In India we only read about
death, sickness, terrorism, crime
--Abdul Kalam

The entire legal approach to the WOT is summarized in this incident.

Since Oct, 2009 is 17 months ago, what has happened to the concept of a speedy trial? This case is not exactly a Gordian knot; the facts, simple and demonstrable. She is guilty of something, even if that something is somewhat questionable, so why the delay?

LaRose is a ne'er-do-well with no operational skills, yet she is being portrayed as a great threat. Yes, she has the intent but her hopes and aspirations were never linked to any actual attempts to murder. Though utterly inadequate in her chosen pasttime, she serves well as a fear-promoting tool for a government in need of keeping the perpetual motion machine of the War on Terror going.

The is the same question regarding tardy trial goes for Khalid Sheikh Mohammed and others held in U.S. custody for seven years on without trail. KSM is a bad guy, so why is there any difficulty proving the cases against him?

the U.S. wishes to be a shiny beacon of hope for those living under tyranny, it must not behave in a tyrannical fashion and call it freedom. Keeping the citizens in the dark about governmental motives and calling it "State Secrets" doesn't equal democracy. Two + two equals four, until such time as one is utterly brainwashed and like Orwell's Winston will then happily call it five.

Since we have abdicated our rights of habeas corpus and all of the rest, it is time to ask what we are fighting for. The bogeyman of terrorism has caused a thorough diminution of our liberal concepts of legality. Where are civil rights organizations like the ACLU at this moment? Much like the muzzled Gray Panthers on the topic of a diminished Social Security, we wonder -- where is the protest?

posted by rangeragainstwar at 1:32 PM

Well, at least the extension of 3 of the provisions of The USA PATRIOT ACT were defeated tonight in The House of Representatives. Many thanks to Tea Party Congressmen Ron Paul and newbie Justin Amash!

Then you have Bradley Manning not charged but in solitary confinement for how many months now?