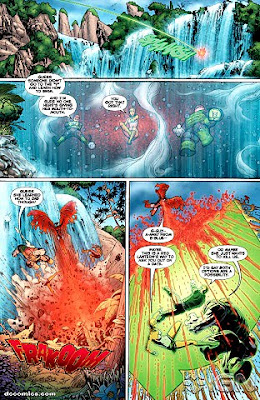 We in North Florida now have the Emerald Warriors in our midst:

Military helicopters will be landing at the Florida Public Safety Institute this week for a special military training exercise known as the Emerald Warriors, officials said. The training maneuvers are part of a combined exercise for future deployments by the Army's Special Operations Command and Air Force Special Operations Command in six states, said U.S. Army Maj. David Wakefield, a company commander. In the first phase of the three-week exercise, participants will train on FPSI's shooting ranges, rappel tower, driving course and tactical entry facility. The total contingent is about 140, and they will be housed at the institute's dormitory.

As a young Special Forces officer, Ranger used to train in the national forests of America; this was appropriate, as soldiering for the federal government meant that federal lands and assets could be used. However, state law enforcement facilities -- built with Florida tax money -- were not built for federal soldier training. Federal soldiers are for national defense; law enforcement, for public safety. These are discrete functions.

Why are these Special Operators training at state police facilities for "future deployments"? The state has National Guard assets for local emergency use. We have military posts out the yazoo where SF assets can train. If the national government cannot provide training facilities for our special assets, then it is time to quit fighting endless wars.

This looks like the further militarization of our police forces when the military cross-trains in their facilities. Allowing SF assets to play Cowboys and Terrorists in Florida is not a law enforcement priority. Further, are Floridians being reimbursed for US troops using our facilities?

Ranger does not agree with training troops in our civilian facilities. Where does this stop?

Life is not an endless loop of "The Unit".

posted by rangeragainstwar at 6:52 PM

SOURCE: PANAMA CITY NEWS
"Emerald Warrior, a joint military operation that includes all four branches of the military and entities such as Homeland Security and the FBI, are utilizing a number of military bases including Tyndall, officials said Wednesday...
... there is a full schedule of simulated operations going on during the day and night across Northern Florida. There are even military personnel wearing civilian attire and driving civilian vehicles as part of the operation, according to the request to conduct the operations in Franklin, Liberty, Calhoun and Leon counties.
The Emerald Warrior 2011 “environment’ stretches from Florida all the way to parts of Texas and North Carolina, according to the request documents.
Officials said they couldn’t give any more specific information while the operation was ongoing." SOURCE: PANAMA CITY NEWS

Jumping Janet! Four branches of the military, Homeland Security, FBI and local authorities flying the friendly skys and military personnel wearing civilian attire and driving civilian vehicles in your AO. Is the MacDonald Corp in the operational loop? I believe you 'Sunshine Stater's' are going to suffer a serious 'Quarter Pounder with cheese' gap...

And you're right about the McD/Subway/BK cabal -- that about wraps up fine dining in these parts.

Operations Other Than War, aren't really. They just presume a domestic foe.

cholo and anon,
Call me old fashioned ,but my retired ID clearly states-UNITED STATES UNIFORMED SERVICES. So why are folks with the same id running around playing soldier without a uniform.
Failure to wear the uniform in combat OCONUS removes the soldiers GC protections. Isn't that why we have people captured on the battlefield still being held in perpretuity in gitmo?
jim

Truth imitates fiction; on one of the episodes of the recent "Battlestar Galactica" the fictional "president" orders the fiction head of military to perform some police function.

His implication is that this is a Bad Thing.

Perhaps for a substantial group of U.S. citizens (and perhaps policemen and soldiers as well) this belief has been discarded as outmoded?

WOW...What a wacko!!! Ranger Against War, you need to take some prozac. Why cant people educate themselves instead of making blind actuations.
1st = Yes, the taxpayers were paid for the use of the training locations. And paid very good!
2nd = Yes, the government does have military post....but special ops don't deploy to military post, they deploy into a population to build a working relationship. Being Special Forces you should know this??
3rd = Why is the training conducted off military post? = its an exercise to teach special ops how to work with the local population, How can that be done on a post.
4th = Yes, a lot of people have "retired" ID cards, and are in civilian attire. who better to teach than those who have done it in the past. The skills they have are invaluable.
PS: Who are you scared of?? Have the Zombies been peeking in your bedroom window at night??
Anyway....pull you Ranger panties out of your crack and do something productive.

WOW! A we lucky to have 'Alexander Putin' to put the 'ship of state' in order, show us your muscles tough guy.... piss off and crawl back into your black ops hole

Such a great article which the training maneuvers are part of a combined exercise for future deployments by the Army's Special Operations Command and Air Force Special Operations Command in six states, said U.S. Army Maj. David Wakefield, a company commander. In which military posts out the yazoo where SF assets can train. If the national government cannot provide training facilities for our special assets, then it is time to quit fighting endless wars. Thanks for sharing this article.

The soldiers not waering a uniform are roll players and are not playing the part of a US soldier. Do you not understand the idea behind emerald warrior? While participating in emerald warrior eventhough you are in the united states you are in fake countries simulating being in hostile territory, i know from personal expierence by being very close to the person who designed emerald warrior and put together the whole project and has spend the last 8 years of his life trying to put it together got the whole idea from watching me play call of duty, and thought of a way to train our soldiers like they are in a hostile environment without leaving the united states

Its not that the federal government cant provide training facilities, the facilities being used have been deemed the best areas for the training, if you want we can let the fovernment spend more money to build facilities that only get used once a year during emerald warrior or aave money and use facilitiea that are already therw. Conspiracy theorists really do sound good but you need all the facts before you decide to take them for their word.

USA 1791,
I'm not a conspiracy theorist.
Thanks for the update on what an exercise is about. I think i've done 1 or 2 in my time.
jim