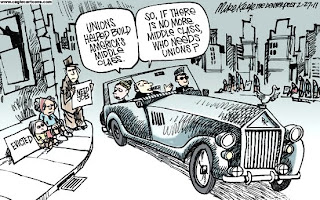 They're funny things, Accidents.
You never have them till you're having them
--The House at Pooh Corner, A. A. Milne
_______________
While we go padding about airports in our socked feet thanks to Mr. Reid's failed Shoe Bomb, and have our skivvies virtually invaded due to the ingenious crotch bomber manque Abdulmutallab, things that could really bring a plane down badly -- like air traffic control errors -- have increased 81% from 2007 to 2010 (Reported Air Traffic Errors Rise 81%).

Says USA Today, "More than 1,800 errors by air-traffic controllers — including 43 most likely to cause a midair collision between planes — were reported to the Federal Aviation Administration last year. The agency says that points up the need for greater safety steps." But in the same breath, the FAA says we needn't worry too much as things have probably always been this bad, "insist[ing] the numbers are the result of several years of effort to improve reporting."

Apparently, the reporting of near-misses has been rather dodgy in the recent past, so this 81% uptick is being cast as good news, y'see, because we are ferreting out liars. The report notes there has been "a steep rise in on-the-job training of new controllers in recent years" which may also bear upon the poor performance. The National Air Traffic Controllers assures that the increase is nothing to worry about.

This current quagmire brings to mind Saint Ronny's union-busting move in 1981, when the president fired over 11,000 members of the air traffic controller's union, PATCO. It took more than 10 years to bring that force up to snuff. It also showed private employers that it was o.k. to go up against unions.

As we watch our safety compromised by foolish distractions, and our middle class slowly ebb, this tidbit of news proves a most instructive crossroads.