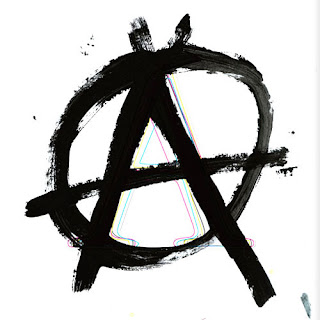 If we have to use force,
it is because we are America

I was the only guy with
any bit of anarchy left
--Sid Vicious
_____________________
Is tyranny preferable to anarchy? Since the U.S. is supporting rebels in Libya who are an unknown quantity, this is a valid question.

Just War theory suggest tyranny is preferable to anarchy as it better serves the greater good. In President Bush's view (and that of many others), democracy is the highest good, and war a legitimate way to emplace it. However, war is greatly destructive to a society, and order is not the inevitable result; descent into anarchy is just as plausible an outcome.

Let us consider the 1979 Soviet invasion of Afghanistan, when the U.S. supported the Afghan Mujahadeen against the Russians. We gave them everything except tactical nukes, and the Mujahadeen kicked some Russian ass. Mission accomplished, but not quite.

The same question should apply to U.S. intervention in Libya.

posted by rangeragainstwar at 9:32 PM

"Just War theory suggest tyranny is preferable to anarchy as it better serves the greater good" Not true.

Just goes to show how complete "state" mind control is. Take LIbya situation, topic of this post. Shit, how much worst could it be without the state "world gov"t " involvement? Gees, thank God for state/gov"t invovement & that there"s not anarchy,cause then we"d have violence & chaos.

devil is an angel too

Indeed he is. Great tune.