RANGER AGAINST WAR: To a Young Man <

To a Young Man 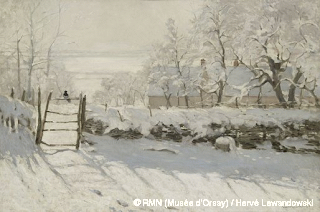 I will not serve that in which I no longer believe
whether it call itself my home, my fatherland,
or my church: and I will try to express myself
in some mode of life or art as freely as I can
and as wholly as I can, using for my defense
the only arms I allow myself to use
– silence, exile, and cunning
--Portrait of the Artist as a Young Man,
James Joyce

[As I enter Ranger's thoughts addressed to a friend, he is en-route to a reunion of instructors at Ft. Benning. There is no doubt he enjoys the camaraderie shared with fellows of times past, but there is also a sense of betrayal by the system in which they spent so many years.]

So here are Ranger's thoughts to a young man wishing to join the service, solicited by his father and one of Ranger's contemporaries:

This story revolves around a dog, my old college friend Ron Moor and his son. The thoughts jelled after reading the book, War Letters, a collage of notes from World War II Soldiers to those back home.
Ron is a peaceful man, a healer and a minister who has dedicated his life to the forces of life. Ron was a classmate and we became re-acquainted at our 40th class reunion. Ron was drafted and served accordingly, and now his son wants to join the USMC. But let us start with the dog.

A few days ago a bulldog, bred, born and trained to fight to the death, washed up onto my back porch, bearing the wounds of his recent past life. This dog was abandoned and discarded like a sack of shit after he ceased to be a fighting machine, or he escaped. His front leg has bites through to the bone, and his back legs are weak and he limps.

Though trained to kill, the dog is sweet, gentle and loving. Unfortunately, my dog is guarding his territory and so attacks the new dog incessantly, instinctively. The bulldog will not attack, but he will defend, and he does so brutally as is his training. Placing the bulldog in a loving home will be problematic due to his killing instinct, if provoked. How does one responsibly place a creature that is a killing time bomb?

In War Letters, the brutality of WW II combat training is discussed. Ranger thought about his training, proclivities, and how he differs from a man like Ron Moor. While we both eschew violence and know it is never a solution to a problem, Ranger will often take the violent response as it is programmed into me, like the pit bull enjoying a bit of a haven.

But what to do with the sweet killer on my back porch? The sheriff's office tells me the usual approach to found pit bulls is to euthanize them. Like the dog, many of our returning soldiers cannot go back to pre-training status, but how can we deal with them?

Thinking of my friend now brings me to Christian platitudes like, "Thou shalt not kill" and The Golden Rule, and those who live by the sword shall die by the sword. So it is a choice, to be a peacemaker or a sword-wielder. Choosing the latter places one in opposition to the former.

Were to speak to Ron's son I would ask him to think about the pit bull on the back porch. One can only walk one trail: That of affirming life, or dealing death. Once you take a step, you can't rewind and erase.

Life is about keeping an escape and evasion plan, which means keeping your escape routes clearly indicated and properly secure. I know Ron's son will enlist and become a Marine, much as Ranger followed his path. One is either called to this lifestyle or not. Ron, this one is not on your shoulders, and this is difficult for me to write.

Just because one suffers conflict does not necessarily mean he is wrong. Tension is inherent in most undertakings of any meaning. Lack of unity simply suggests that the conciliation has not yet been made; the tension in thought serves a purpose. Ranger now questions most wars, yet he still embraces his training and finds succor with his Army fellows.

We are not supposed to love things that do great harm, and yet we do. How we reckon with that gives contour to our future conduct. RAW friend Deryle recently quoted Tolkein's, "Not all who wander are lost." That is true in the long view, for it is through wandering that we are found. Sometimes it takes 40 days in the desert; sometimes you figure it out at home.

Perhaps some day people shall beat their swords into plowshares, and their spears into pruning hooks: nation shall not lift up sword against nation, neither shall they learn war any more (Isaiah 2:4). That day is not now.

posted by rangeragainstwar at 10:53 AM

Sadly, my thought is that we have, as both a nation and as individuals, moved so far from our origin that we often - again, both as nations and individuals - stray into the killing fields without really thinking on where we're going or why.

And we find ourselves in a waking nightmare, muttering "Fie, my lord, fie! a soldier, and afeard? What need we fear who knows it, when none can call our power to account? Yet who would have thought the old man to have had so much blood in him?

And we can't find our way back.

So if I thought that this young man really understood what he was choosing...

But, then, if all of us young men had understood we might well have chosen differently. And those who didn't at least the choice would have BEEN a choice, rather than a blind jump into a bottomless well