--author of The Kite Runner

They tried to make me go to rehab
but I said, "No, no, no"
--Rehab, Amy Winehouse

And the preacher said,
"You know you always have the Lord by your side"
And I was so pleased to be informed of this that I ran
Twenty red lights in his honor
Thank you Jesus, thank you Lord
--Faraway Eyes, Rolling stones
(for Ranger)
_________________

As a follow-on to Ranger's expression of exasperation in his previous post, I offer the following five-year old correspondence from my book club, discovered last night whilst cleaning out files.

They tried to do the Right Thing. First there was Three Cups of Tea, then, The Kiterunner. They even wanted to branch out into essays, and someone suggested David Brooks' end of year best essay round-up as a possible source.

But when Lisa made her suggestion, it became clear why she segued into persona non grata of the group:

I wanted to add one more to our list of considerations:
"Our culture, What's Left of It: The Mandarins and the Masses".  Since you mentioned David Brooks' essay choices in The New York Times, the book includes "When Islam Breaks Down," named by David Brooks as the best journal article of 2004.

Thanks for this idea, Lisa.  It looks very worthwhile but it's depressing just reading it (that's why I sent this just to you); I am too depressed already to read it right now.

I've been meaning to say that I would really like to read your Letter to the Editor about Haiti.  Although your position shocked me initially, I really would like to understand it and give it more thought as I respect your intelligence, etc.  I tried to find it on the Democrat website.

Take care, and hope to see you soon!


You see, the group began by wanting to understand world events, but to feel good about them. Moving from fiction would not allow that sense of comfort, but even the author of their beloved fiction, The Kite Runner said otherwise. When "The Help" came up on the agenda, I was gone.

Further down in the same letter thread I found the group's unofficial keeper of minutes had described me thusly: "And Lisa, what a bright addition you must make to any gathering!"

That is Southern Lady-speak for, "What a grand irritant you are!", akin to the ubiquitous, "Well, isn't she precious!" So Ranger and me are on the same wavelength, sort of. 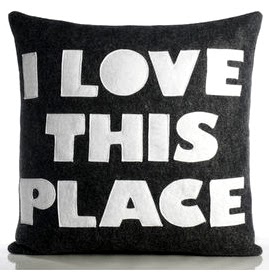