RANGER AGAINST WAR: No Laughing Matter < 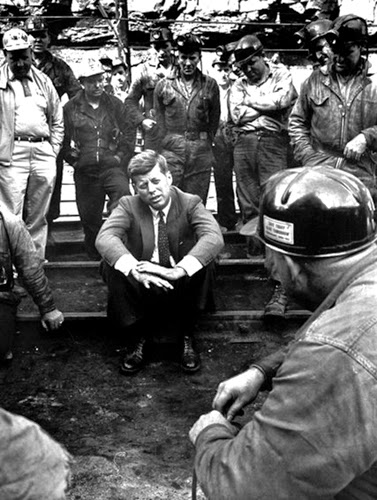 Well, either you're closing your eyes
To a situation you do now wish to acknowledge
Or you are not aware of the caliber
of disaster indicated
--Ya Got Trouble, The Music Man
_________________

No sand for him: local Heisman Trophy winner Jameis Winston was "cited" Tuesday for shoplifting crab legs, crayfish and butter from a local Publix grocer. Don't think he got off Scott-free; no sir -- FSU has slapped him with a $30 fine, and no more baseball this season.

The media was flooded with jokes and headlines about how funny this was. Just a youth funnin' around, right? YOU try and steal some crab legs and see how funny the authorities find you.

Overheard in town: "Why he do that? Boy's hungry, he go to MAC-Donald's. He got the whole world, and he go do a fool thing like that." Well, Jameis has already beat a rape rap, and that Heisman sure do look nice on his mantle, you betcha.

Mr. Winston's theivery and Mr. Sterling's ban from basketball got me thinking about ethics. Theft and bigotry -- one is illegal, the other is bad form, for sure, perhaps revealing a corroded soul, but not a jailing offense. Yet we laugh at the first one, and censure the latter.

Mr. Sterling was a Bad Man -- Old School; racist; an adulterer ... laughable and passe, right? Except, he is not passe. He's 80 years older than a baby, who is a lot younger than you. That's a drop in time. So our disrespectful stance towards older people-as-dinos is a canard. The problem lies elsewhere, and not in Sterling's unfortunately uncool age.

Listen to some rap lyrics to understand the hatred brewing in and being fed to the the youth. Sterling may line the pockets of b-ballers with his millions, but when the commentariat decides he's done, buh-bye. And really, isn't that what capitalism is all about? Use 'em up, wring 'em out -- next. Far more Ayn Rand than Golden Rule.

Schadenfreude is an added benefit for the louche Twitterverse. But I see a vast waste of effort there.

HERE is what matters:


There are more things that matter, but problems tend to be depressing, and insoluble in 140-character bits. Maybe there are just winners and losers, and the poor will always be with us.

In the Randian universe, men are idealistic and  rationally self-interested. Sterling and Wilson qualified for the latter, minus the "rationality". But what happens to a society when rationalism, idealism AND compassion are foregone?

Maybe that is the definition of uber-capitalism, as capitalism is expeditious, above all else. If CAD-CAM can replace draftsmen, that's progress. Mechanization can provide a better, cheaper object, and we like Good Buys.


But back to race (if we really care): are we ready for a discussion on race free of blame, shame, Right, Left, arrogance, posture ...

And the commentariat will roar with howls of execration the next time bigoted words are secretly recorded and leaked, and we will Tweet and re-Tweet and FB the latest "gotcha".

And we will feel exonerated.

In my province, the government takes all the school property taxes to itself. It then adds more money from income taxes and gives it to the school boards on a per-student basis (with minor adjustments). This caused a ruckus when it was instituted, but is now widely supported.

The combination of everyone getting the same funding and the bulk of the middle class using public schools means that all schools get adequate-ish funding.

I personally would be willing to pony up more tax money for the schools, but the growing older segment of the population argue that it should be spent on medicine and not schools.

I guess this is democracy and it seems to work.

That is a reasonable approach for the good of society ("Socialism"), provided those disbursing the money are not corrupt.

Medicine and schooling are necessary for all, and in a decent world, we are all provided for.

Yes, it is socialism. Fortunately, we don't freak out over that word.

Corruption is always a problem.

Corruption ... yes, even amongst the Yamomami.

It seems "human" awareness always leads to "more for me" mentality.