RANGER AGAINST WAR: The Hokey Pokey < 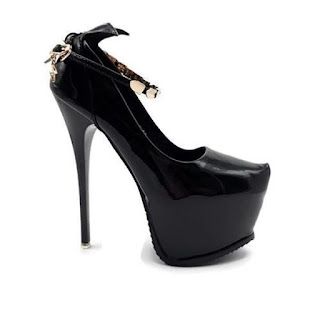 I am woman, hear me roar
In numbers too big to ignore
And I know too much
to go back an' pretend
--I Am Woman,
Helen Reddy

Hell has no fury
like a woman scorned
--The Mourning Bride,
William Congreve

True madam;
those who have most virtue in their mouths,
have least of it in their bosom
--She Stoops to Conquer,
Oliver Goldsmith

Here's an amuse-bouche for your consideration. Since Hollywood is populated by people who compose part of America's aristocracy, and their cause du jour has been taken up the Democrats, it becomes a topic worthy of consideration.

The recent Golden Globe Awards provided a great insight into the confused state of liberal politics. The relentless topic,  imbued with all the sturm und drang which the actors were capable of summoning, was the exploitation of budding starlets by male Hollywood machers.

We are all shocked to hear the news, right?

Well, not so much. And yet, at least one powerful man has been dethroned weekly for his bestiality toward the distaff half over the past couple months. A Lollapalooza for the newly minted grotty males.

At the event, especially incongruous was the abundance of female Hollywood crusaders wearing six-inch heels and cut-out, skin-tight mini dresses, also made up to the nines. Yes, people deserve the right not to be pounced upon like Sylvester the cat on Tweetie Bird.

But we must also be honest about who we are, which is a welter of hormones, visual cues and socialization, and then some.

This behavior has only been going on for, oh, say a couple of millennia (more likely, since the hominids entered the world scene.) It is hormones, hair, fur, coloration, size, power and ... the search for favor, patronage and protection. The behavior on the "casting couch" is the stuff of legend.

It is largely why men form garage bands and drive sports cars and become Harvey Weinsteins: because they lack something, they compensate with power. The woman who has value to trade understands the transaction (though she may regret it after the fact if the reward falls short of her expected quid pro quo.)

For example, crusader Sharon Stone revealed perhaps the most flesh at the ceremony in her cutaway dress, she of the beaver shot in the 1992 film, "Basic Instinct". We understand that is tame per today's standards, and also understand the difference between the auteur and the art.

However, considering that movies and music induct most young people into the adult "world", and further, that most of these actors and actresses have no compunctions regarding correct behavior either on- or off-screen, it seems a tad hypocritical to circle the wagons now.

What has been the motivation for the recent dreadful exposes?  The question are, "Why now?", and, "Why this?".

Women are either reading from 1971's Our Bodies, Ourselves, or Fifty Shades of Gray. Further, if the former, we are also taught that the latter is all part of the play, all a path to women's self-empowerment.

So why would an empowered woman using her body as she sees fit need the Nanny State behavior of the newly patronizing Democratic Party? These ideas are incongruous. Capitalism relies on the free play of the marketplace of commodities.

We are talking here, obviously, of women whose sights are set on buying success in powerful arenas via acquiescing to sexual favors demanded by those in positions of power. These are not women submitting to abuse from a male partner. These are women engaged in discretionary though (if, as claimed) distasteful sexual behavior in a bid to gain favor.

These are not the pathetic cases of "No means no" violations, of not being respected after a night of partying at a frat house or drinking Boone's Farm under the bleachers during a JV game. Nor are they cases of ingenues filing papers in the office and being devoured by the Big Bad Wolf.

(Meanwhile, actual cases of unbidden male brutality go largely unaddressed by the Hollywood criers as they and their victims are generally not as sexy as a Salma Hayek or Gwyneth Paltrow -- one of their own. It seems not all women are equal.)

Most well-socialized people understand the culturally accepted signs, signal and semiotics of sexuality. In fact, desire and availability are signaled by various cues that Hollywood itself has so nicely immortalized. If one is a naive "40-year-old-virgin", one need only watch some rom-coms to get a feel for the play.

With this crusade, the Democrats have latched onto what they hope will be a winning cause. Who does not have a mother, sister, niece, daughter or wife? Who could be for sexual exploitation? And yet, the current media elites who are spinning the women's cause to great fanfare are hardly denizens of purity.

Moreover, the U.S. still has not ratified the Equal Rights Amendment (ERA), an effort at equality which failed to gain ratification following its introduction in 1923, and died after its extended deadline in 1982 (Ironically, Nevada -- the only state with legalized prostitution -- was the first state to re-introduce 2the legislation in 2017, the 45th anniversary of Congress's submission of the amendment to the states.)

So rather than re-hash a topic so over-determinded with social, biological and religious aspects, why not simply stand for human equality?

What is the purpose behind this goose chase? Will they engulf these men with their vagina dentatas, hoping the men will rue the day they traded skin for position? What then?

Power disparities are obdurate things. The woman who seeks to market her wares is a fungible asset. She must achieve on her own, rather than using her sex to obtain favor, and then crying foul. That is not cricket.

Old line Democrats are jangling against the revelations of this time-honored brokerage. When Nancy Pelosi defended accused Rep. John Conyers (D-Mich) by saying, "He is an icon in our country" and was a great Civil Rights crusader, she drew flak from her fellows. (Sure, he's a bit of a whore-dog, but the good image outweighs the bad; see MLK, JFK, etc.)

Liberals want it both ways in the play between the sexes (there really are only two, but you can mix, match or delete as you will): a nanny state to control and condemn human behavior, plus absolute liberty for one to do as one pleases. These are non-consonant ideas and contrary to reality. To hold both at once is, at best, callow; at worst, disingenuous.

They wish to legislate the rules of the game, while concomitantly saying a human may do anything he wishes in the boudoir. Where is the junction?

One might say the women in producer Weinstein's orbit had been predated upon. Alternately, one might say they were empowered women who traded one good for another in a time-tested barter system; a tit-for-tat, if you will.

The female accusers were all in the immediate purview of their alleged attackers, either on a friendly basis, or hoping to get cast in some upcoming production. One might argue that these were savvy businesswomen, engaging in transactions which they allowed.

So, how do they transmute into being piteous victims? Perspective is all.

If the woman gets the job, she has been successful. If she does not, then she may feel used. Claiming victimhood in a bona-fide capitalistic transaction is not being honest.

It may be that this current outrage is connected to the current president of the White House. As they could not prevent his residency, they will now knock every privileged older male out of his erstwhile safe box, so to speak.

While it may be something to do, it does not suffice as a policy or a political agenda. It is retrograde, and the advocates are not addressing the fact that women's rights have been an issue for some time, yet this arena of behavior has not changed.

Sometimes, for whatever reason, you lose. In the past, people sucked it up and moved on. Today, victimhood travels with it's own life support system (and those who exploit their being hard done by often become an Oprah Book-club selection.)

In the "Gotcha!" era, a secondary win can be salvaged by crying foul on a perfectly legitimate game ... if you should happen to lose.

Submitted for your consideration.

Some of what has been described eg with Weinstein would be serious crimes at least where I live -- I cannot speak for California law -- and so should be taken seriously.

As a broader cultural revolution, though, I'm left with the same aftertaste that I was with Blackgate, or Kneegate, or NFL Anthemgate, or whatever it is no doubt now immortalized as for at least the next five minutes in the Twitterverse. To wit, while they may well have a legal point about their workplace, at a certain point one has to wonder at the sad spectacle of the poor, benighted millionaire, victim of a system that certainly never -- never! -- had any warning hint of exploitation to it before they arrived, and which bestows on them in a few years more than most of their countrymen will make in their lifetimes.

Where will these newly-reborn feminists -- and their wallets -- be when it comes time to pass around the hat for women in, say, the restaurant industry, I wonder. Retweeting on Twitter, no doubt, being activists in the cheapest, purest, most effective way possible.

My limited personal knowledge of workplace harassment does not comport with this grotesque caricature of "players" searching for a secondary win after losing the main game.

My guess is that the film industry is not that different from the restaurant industry. In fact, most of the actors I know work in both industries simultaneously.

Hey now...I play in band because I really enjoy making music. Groupies would only be a drag on the scene + my wife probably shoot them or something.

In the current definition of harassment, ie; off color jokes etc. I am guilty of sexual harassment and have been for many, many years! People have stopped living life and seem to only exist as combatants for the scandal of the day!


Precisely. Where are the advocates for the ranks of Barbara Ehrenreich's, "Nickled and Dimed"?


Blue collar workers are not the people I am addressing.


Precisely -- that is my position. People have simply become hackneyed pugilists looking for the next splendid Tweet-worthy issue. It's quite tedious and predictable, anger for anger's sake, as nothing is solved.

All flash and gash.


Hollywood is Hypocritical and Ridiculous

We are all ONE...only ego, beliefs and fear separate us.

Spot-on, Mad Dog. One must surmount petty ego-thought in order to reside in the world correctly, without fear, anger or fight.

Many thinkers have voiced it, but perhaps none as concisely as the Walrus:

Hope you are well.

mike,
we are fine.
my 72nd birthday is next week.
i hope to write a few essays soon.
best,
jim hruska

Happy Name Day! May you have many more.


Gawd, it's been almost two months of abstention over our DJT fallout?

I'm sure ranger will be back soon.

Happy (long belated) birthday Jim!
Been a while - but I haven't forgotten RAW.
Hope you & Lisa are well.
Carl