RANGER AGAINST WAR: The Last Supper < 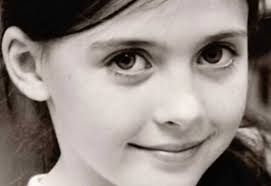 The greatest trick the Devil ever pulled
was convincing the world he didn't exist.
And like that, poof. He's gone.
--The Usual Suspects (1995)

So long as little children are allowed to suffer,
there is no true love in this world
--Isadorea Duncan

[In honor of International Women's Day.]

Funny how things come back around, sometimes with new meaning the second time.

This time it is one of the harrowing and absurd tragedies visited upon the little people in life, in out-sized proportion to the rest of us.

RAW wrote in 2013 about the local rape and murder of 8-year-old Cherry Perriwinkle ["Prelude to the Finale"]. While in  Jacksonville recently, her story was back in the news Valentine's Day 2018, only adding to the grotesquerie of her story.

To recap: the man who killed this girl predated upon her mother's indigence. His offer of food and a $50 Walmart gift card must have seemed like a small lottery win for the poor mother. Except, poor people do not often hit the jackpot.

Would you entrust your daughter to a stranger in the hopes that she might get her cheeseburger? While it is easy to say that her mother made a poor choice, the fact is undeniable: Cherry lost her life due to her family's economic insufficiency.

The Jacksonville Times-Union devoted ran a four-paragraph piece (not online) of her killer's sentencing, offering some grim details offered by the public defender:

"He gagged her, he raped her, he sodomized her, and then he strangled her," State Attorney Melissa Nelson said in her opening statement. "He gagged her with such force her gums and her nostrils bled, he strangled her with such force her eyeballs bled. She did not die quickly, and she did not die easily, in fact, hers was a brutal and tortured death."


Please do not save all of your ire for the defective misfit who committed this crime, for if you do, any lesson is lost.

People today have become too emotional and outraged at the drop of a dime. After the angst du jour is gone, it is off to the next fire. We might do better to stay rational in the face of what we might like to claim is "outrageous" behavior.

A simple thought: What people call outrageous happens with such regularity that they might lower their reactivity and ask simply and with deliberation, "This is factual, so, what now?"

Cherry Perriwinkle's murder is monstrous, unspeakable. But too many people now become outraged over things against which they are impotent; worse, against things which are ill-defined, and sometimes, are not actually problems.

The hominid family contains myriad genetic freaks and perversions. Some members harbor violent impulses, and some act upon them; these are not concealed facts. Some might say that the most egregious behaviors result from genetic mutations, but more likely, we are all somewhere on a universal behavioral spectrum, and given the right circumstances are capable of things we don't want to confess.

To vent outrage upon a discrete actor like Cherry's rapist-murderer would be to tie a nice Hollywood bow around this actual story of want and depravity, and life is not tidy like that. The subtext to this murder trial is just as compelling as the actual crime, for without it, this particular murder could not have happened.

Lisa decided to conduct a perhaps macabre thought experiment: what does Cherry's story share with the accusers in the #metoo movement? Are the shared elements valid, and do they help illuminate any of the public angst being expulsed in all media outlets regarding female exploitation?

No disrespect is meant to any players, and this is not to victim shame or blame. And certainly, this girl's story and the cohort she represents is more horrific by orders by orders of magnitude than, say, any accusation against a Harvey Weinstein or Charley Rose.

We will consider only the female's who describe sexual predation. [Certainly males, albeit in fewer numbers, also find themselves in similar situations.] The challenge is to uncover the connections, connect the dots and to determine when and if the chain of connectivity breaks.

Further, how should we define the problem? Does #metoo represent any cohesive cohort?  Do they present a clear platform, and is it actually a problem? If so, is it one of perpetration or perception alone, or both? Is it soluble?

The media has fatted us all winter on a glut of sordid exploitation tales of attractive females climbing the ladder of success on the coattails of powerful men. These "sexposes" exacted the requisite banal outrage of the viewing audience.

The usual suspects were netted (predominately powerful older men). A social media movement was born (#metoo) and the media has been devoted to covering the "new" female outrage. Eventually, predictably, just like after Watts or Ferguson, the furore will die down.

There will be nor furor for the child in Jacksonville, though much like the actresses in Hollywood, her mother appealed to a more powerful male figure for assistance.  Certainly the perpetrator was a criminal in a way that the men of the #metoo movement are not.

One might also say Gwyneth, Salma and Uma also made poor choices regarding Hollywood producer Weinstein, but they were operating from farther along the power dynamic curve. At the least, they had transportation or cab fare, and could have left the scene of their reported exploitation.

But operating on a principle of charity, on a sliding scale as far as egregiousness, what is the commonality among these offenses?

Whether it is for want of a McDonald's cheeseburger or a part in a Hollywood film, the attempt to gain favor from a powerful male is the constant, and concomitantly, the desired liberation or power that comes with that. Because such transactions are entered from a position of a power imbalance, they must by needs end that way.

Maybe we are trained early on to pay obeisance to an all-powerful God the Father, and that is a hard archetype to smash. But if children like Cherry had economic sufficiency, and their parents were given proper education parenting skills, such children could at least grow old enough to face the next hurdle of potential exploitation, like those faced by their economic betters in Hollywood or Washington D.C.

Maybe men and women both would be served by a unit of moral education in primary school (reinforced later in secondary). Of course, values clarification is heretical to most public school boards who must honor and protect diversity. Further, who would be our Solomon?

For many of a more liberal bent, if a person who has achieved the age of consent and wishes to trade his or her body (much as we trade our mind-power in the workplace) for goods, who is to say otherwise? To them, the body is owned exclusively by the inhabiter thereof, and can be bartered into another fungible asset as long as all parties are on board with the terms.

But for those who buy into that construct, there must be allowance made for the emotions entailed by a quid pro quo gone awry. This is where the disingenuousness and hypocrisy enters, for if one has economic security and the exchange is a discretionary one, who is to criticize either party?

Moreover, is it that element of shame which makes the female in such a transaction "reveal all" at some future time? What is the impulse to both partake in the "crime" (for those who do so discretionarily), and then to condemn it? Is she seeking moral absolution via support groups, and the subsequent denigration of the male?

If you focus on the nugget, you cannot see the big picture. You cannot fight an effective battle if you don't know what you are fighting for. You can expulse your angst, if that feels good to you, but you will not accomplish much.

We are all somewhere on the green brick road: Cherry was at the beginning, and met her demise in her desire for a McDonald's cheeseburger. Gwyneth, Salma and Uma were a little farther along the path, their desires, a bit more lofty.

The question is, how do you move along it, and how far will you go? Are you willing to use yourself, and how will you do that -- by creating something, or by trading yourself in a direct exchange for goods?

Humans have free will and often make poor choices. Some are up, and some down. And thus ends the lesson on why parity shall never be reached.

Submitted for your consideration.

When you love everyone you love no one.

The values that are taught these days in public education are overarching ones. What needs to be taught is personal values, family values and honor, but these are anathema to the hijacked progressive movement.

How many people are loving them some third world immigrants, trannies, generic minority groups, but mistreating - or at least not doing their best for - those in their own home and immediate communities?

Also, the emphasis on government solutions removes the responsibility for personal involvement. I know that these need not be mutually exclusive in an ideal world. However, in the real world, that's just how it pans out.

There will always be men in power (and now women) who act like pigs, or worse. That too is an unfortunate fact of the human condition. I don't know what could be done about that other than to warn potential victims and then identify and punish offenders.

Which leads to the question of why someone would be a victim. The Hollywood women I have no sympathy for given the facts of the situation as we know them to be. The mother in the featured story of your post is another matter. IMO, instead of focusing on a gazillion third world immigrants (aka new democrat votes) - legal and illegal - we should be using our resources to assist people like the mother and the little girl. These do seem mutually exclusive to me. There's only so much money and only 24 hours in a day. IMO, no one should be that desperate in the USA. Even a conservative like me is willing to contribute to assist people in that type of situation.

Down here in Florida, money earmarked for aid and social programs is attached every legislative session. I observe each session and am amazed at the comedy of it. Same on the local level.

That's it, avedis. The progressive martinets achieve nothing, other than feeling good among their fellow Brownshirts over a post-protest latte (and they're too arrogant and blind to see this fact.) No actual person is assisted, and such idealism is very antiseptic and impotent.

Care is always particular. This idea, however, is anathema to the hijacked progressive movement. As you say, "personal values, family values and honor" go missing when you resist the effort to actually define those things in the name of inclusivity.

Just so, Mad Dog. As such, we must protect our minds (=thoughts). Violence begets violence (whether virtual or actual, consumed actively or passively.)

Forever and ever. Amen.

This is factual, so, what no
goldenslot

Education is the key source of everything Schoollog