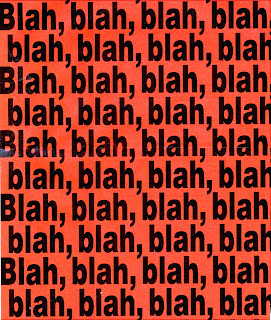 America is addicted to wars of distraction
--Barabara Ehrenreich


The majority of Americans, the ones who never elected you, are not fooled by your weapons of mass distraction
--Michael Moore

The blind are always at war, always have been at war
--Blindness, Jose Saramago
________

The current blah, blah, blah concerning the Iraq War is just that--blather and neglect. We are talking about everything that is irrelevant--all of the particulars, the tactics, the strategies, the munitions--but nothing that really matters.

Yesterday Bush's Homeland Security adviser Townsend dished more of the same: "We've got them pinned down over there." And the Limbaughs of the world see no further terrorist activity in America and draw the connection that A results in B.

Unfortunately A (the U.S. invasion and occupation) results in lots of bees being released from the hive. And the folks we are pinning down are not the folks who initiated the 9-11 plane attack anyway. Al Qaida in Iraq is just a copycat spin-off group, generated in response to U.S. aggression in country. A bunch of groupies pledging homage to al Qaida National.

Why isn't Afghanistan being included in the dialog? The legitimacy of both wars is the key issue that needs to be rationally addressed and discussed.

Why are U.S. forces and dollars being expended in the Afghan mountains of madness and the Iraqi kitty litter box nation? Why are we there? The national dialog never clearly addresses this issue. Instead, we get bogged down in collateral, meaningless expressions, analysis and words. This talk does not alleviate the problem, which is an occupation which gains us naught, with no endgame.

Even those who see the futility and criminality of this action often get bogged down in the minutiae--the specifics of this weapon vs. that, this tactic vs. that, when the only correct focus is, we must leave, and how can we best effect that. Enough armchair quarterbacking.

Only Congress will end this mess, but they must face the facts squarely. The U.S. has no legitimate reason to occupy two Islamic countries in a world that is worlds away from Peoria, Ilinois, or any U.S. hometown. It just isn't right; all the side issues aside, nothing will legitimize this war.

The issues of Iraq border security, civil war, insurgency, Iran, Syria, Jordan, Saudi Arabia, Turkey, Pakistan, security of Baghdad are all separate issues. The wheat must be separated from the chaff. Let the conversational ball drop into whatever court is pertinent, but that does not address the key issue. The only morally responsible action is withdrawal of U.S. forces from combat immediately.

U.S. forces are paid for by the U.S. taxpayers only to defend America from all enemies. The U.S. military is not responsible for the security of an Islamic country, or any country, other than America.

How is America safer if Baghdad is secured? Forget all the emotional words of GWB, just look at the realities. This war is not good for the American nation in any way, shape or form.

Forget the Iraqis and Afghanis; let's focus on the next country that should be targeted for democracy--the good old U.S. of A.

posted by rangeragainstwar at 6:26 PM

Yes, America could certainly use an infusion of "democracy" and since soldiers are being recruited by being told they will help "rebuild the infrastructure of Iraq"...we could use some of that, too! The news only yesterday AGAIN reported on the TRILLION dollars worth of estimated infrastructure repair badly needed in the USA; how synchronistic that we are spending that kind of money on a war we shouldn't be in at all. I only wish my anger was hormonal. That could be fixed with a dose of herbal tea...

What a load of hogwash that--
"rebuild Iraqi infrastructure."

Yeah, if we could find any, stop destroying it long enough, stop the people from fighting long enough, find a limitless well of dollars and American people willing to function in GWB's Peace Corps/Army. . .