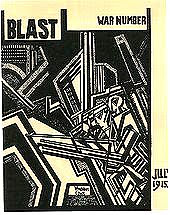 First He came a preachin' -- Amen!
Then He came a teachin' -- Amen!
Tellin' them disciples --
A-A-men, A-men, A-men!
--Amen, Jester Hairson (Lillies of the Field, 1963)
________________
Our British peers at AfterDowningStreet ran a contest last Friday on Obama's pending name change of U.S. military actions in Afghanistan and Iraq from whatever it was before to Operation New Dawn, come 10.1.10. "What would you call it?", they asked. Being Brits, there is some droll humor.

The last entrant, John R. Miles, offered: "A recruiting tool for terrorists against U.S." Not very catchy, but it gets the point across. I mean, I know Team Obama is hoping to infuse some new blood into this thing, but "New Dawn" sounds like a wimpy re-make of Red Dawn, or maybe even a deoderant.

Not even a deoderant like Jack Black's Pit Boss. No, something along the lines of Burberry's latest ("An opening of bergamot, lavender, cinnamon leaves, and black pepper. The heart consist of mimosa flower, port wine, and leather notes. At the base it's guaiac wood, oakmoss, opoponax, and tobacco leaf.') I'm sure I would like opoponax if I knew what it was.

'Cause y'know, we're just tired of the same old stuff. Whack-a-mole is boring even at the fair. I really want to know about the shape of New Day; I mean, will we wake up Sept. 1st and everyone just turns a new leaf? It will be almost autumn and very symbolic in that way.

Well, I like the name, because there's a lot of hope in it. I mean, New Day is not Old Day, right? Though we must be careful, because as many of us know, the new day can be the same as the old day. Sun risin' and settin' doesn't make for a change, just another sheet ripped from the calendar book.

At least it's not one of those dour quasi-biblical, quasi-Armageddonesque operation names. Operation New Day -- maybe truthful (new, not necessarily better), and it continues an operation preferably carried out during the days.

According to a memo signed by Defense Secretary Gates this new name better fits with the Security Agreement the US has with Iraq. Gates wrote in a recently released memo, "Aligning the name change with the change of mission sends a strong signal that Operation Iraqi Freedom has ended and our forces are operating under a new mission." [That's what it was -- Iraqi Freedom.] So, get that, everyone -- freedom is SO yesterday.

What frustrates me is that the whole business reeks of something that some PAO prick came up with.

First, these are not "operations". By definition an "operation" is a discrete strategic maneuver set in the context of a general war. So "Operation Iraqi Freedom" was, in fact, the Third Gulf War (if you count the Iran-Iraq War of 1980-88 as #1 and the Gulf Coalition-Iraq War of 1990-1991 as #2). "Operation Enduring Freedom" would therefore qualify as the, what, Fifteenth Afghan War? Depends on whether you count the Expedition Against The Black Mountain Hazaras as Eighth or Ninth...

So I don't reall care what the fuck we call the thing, other than being heartily sick of people who are supposed to know better calling a war an "operation".

I posted this on Steve Clemmons'
The Washington Note, in regards to the name.

Lisa,
It used to be military tradition to name OPLANS and subsequent opns with two word randomly picked names.
jim

I'm always happy when we're thinking along the same lines.

Chief is saying this is actually a "war", not an "opn", so we are not using the correct nomenclature anyway.

But if you're saying names should be arbitrary, you're implying "New" + "Dawn" means something (?) Perhaps you mean the words should be even more nonsensical, like, say, "pigsty" + "wastebin"?

Lisa,
The words are randomly chosen for OPSEC purposes.
Hitlers plan was Barbarossa and not THE PLAN TO INVADE AND DESTROY THE COMMUNIST REGIME OF RUSSIA.This would've been a tipoff to Rusn intel.
jim

Lisa: And as Jim points out, the whole "Operation BLANK" thing was to make the name intentionally obscure. Calling an invasion of the Aleutians "Operation Icy Islands" would have pretty much kiboshed the whole point. So Guadalcanal was called "Cactus", the invasion of Normandy was "Overlord", etc.

Calling a war an "operation" is a misprision, but calling the "operation" "Operation Iraqi Freedom"?

That's just stupid, and lazy. IT assumes that the prospective enemy has no serious signint or other intel penetration of our strategic communications and that surprise is unnecessary for success.

For our current imperial frolics in the hustings perhaps. But what gigs me is that if we get into this way of thinking we'll run into an enemy that DOES have the capability to intercept and decode our commo, and then where will we be?

Dead on the DZ's of "Operation Ukrainian Spring" or some such bullshit. That's where.

just as they blamed their blunders and the defeat (along with 50,000+ dead americans and gazillions of vietnamese, cambodian, and laotian people) in vietnam on "bad public relations," now, it seems that they are preparing their latest bullshit as a problem of "improper branding."

my fucking gawd, they never, ever seem to learn.

GB Trudeau lumped all these imperial actions together under the name Operation Frequent Manhood, which is as meaningful as Operation Iraqi Freedom.