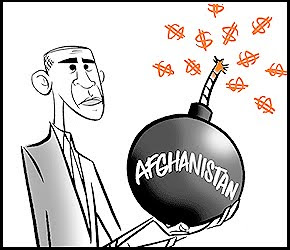 And I gotta peaceful, easy feeling

And I know you won't let me down
'cause I'm already standing on the ground
--Peaceful Easy Feeling, The Eagles

"I would prefer not to," said he
--Bartleby the Scrivner, Herman Melville
________________
For Ranger, being a paratrooper is one of his fondest memories. It felt like doing one of the manly things that could be expected of a young man.

Manliness is usually defined as being responsible and producing something. Being an Airborne trooper covers all these bases and then adds a seldom-discussed dimension. Every time a paratrooper puts his knees in the breeze, there is the unstated knowledge that you are nine seconds from eternity if your equipment fails to do what it is designed to do.

Paratrooping is usually a soldier's first experience of overcoming the fear of death, and after this experience it is an incremental generalization to the battlefield.

Paratrooping is not an individual exercise. Being a jumper means trust:


But trust on a personal level, trust is more difficult. Ranger says, when you walk into a room in the military and ask, "Who's in charge here?" you will soon get an answer from the highest-ranking man in the room. But it is not like that in the civilian world; everyone is the captain of his own ship. While we hope he steers it with accountability, there are no guarantees.

In the military, the riggers log each parachute they prepare into their books. If there is an error, there is a paper trail and they are held accountable. In the civilian world, because there is no hierarchy, one might not perform as expected, even if promises were made. If the actions fall shy of criminality, no heads will roll.

Like Melville's scrivner Bartleby, the other party may simply choose not to. To thine own self be true, and do what's best for oneself.

That is a motto hard to trust, unless one is dealing with a very evolved and compassionate person.

posted by rangeragainstwar at 6:37 PM

We don't hold people accountable because our economy has changed. We've gone from a country that makes things to a country that pushes paper around. We don't send people to the moon or the bottom of the ocean, we deliver pizzas and run hedge funds. There are no life and death consequences if you show up late for work in the civvie world. There are consequences if you show up late for an attack in the military world.

I think you are right, barcalounger.

That is the aspect of korporate amerika that bothered me the most; people - so called leadership - were accountable as long as things were going their way. If the train started going off the tracks all those "accountable" heros would suddenly deny any role in the decision and command structure. The accountable person became the unlucky sap left without a chair when the music of finger pointing stopped. Once or twice I was that guy. Once or twice I felt like taking someone into the garage and punching his lights because I felt like my honor and integrity had been directly insulted, but of course, one can't do that. These people create rules that allow them to act dishonorably without consequence and they all agree on these rules.

I saw this time and time again at every level.

I was in my early 30s and I had never seen such attitudes and behaviors before. I was shocked that they would be permitted. I mean I was ready to quarter deck myself if I was off by a 100th decimal point on a spreadsheet, but after a while I came to realize that these people were just that way and that people that people that are that way are attracted to environments where that are hospitable to weasels.


It does not surprise me that our corporations are failing.

i create nothing. i own.

O Star (the fairest one in sight),
We grant your loftiness the right
To some obscurity of cloud --
It will not do to say of night,
Since dark is what brings out your light.
Some mystery becomes the proud.
But to be wholly taciturn
In your reserve is not allowed.

Say something to us we can learn
By heart and when alone repeat.
Say something! And it says "I burn."
But say with what degree of heat.
Talk Fahrenheit, talk Centigrade.
Use language we can comprehend.
Tell us what elements you blend.

It gives us strangely little aid,
But does tell something in the end.
And steadfast as Keats' Eremite,
Not even stooping from its sphere,
It asks a little of us here.
It asks of us a certain height,
So when at times the mob is swayed
To carry praise or blame too far,
We may choose something like a star
To stay our minds on and be staid.

Avedis,
My biggest discomfort is that we as a society ALLOW and EXPECT our leaders,of all varieties to lie to us.
Lying has become a leadership skill.
And as they used to say on tv-and that's the truth.
jim

A complimentary truth is that, for the lower level workers, it is an important employment survival skill to be able to accept that leadership lies and rejects responsibility as is convenient and that there is nothing that can be done about it.

Someone who is shocked and non-accepting just won't last.

Again, it gets back to what Barcalounger said. As the results - the product - of labor/policy making becomes less tangible, it is increasingly easier to avoid accountability, to spin outcomes, etc. The ability to spin then becomes a more key leadership skill.

When a jumper has badly twisted risers there is no way to steer your chute, therefore you can spin into the ground like a corkscrew put you there. Another aspect of spin.
jim

I should add that I sometimes wonder to what extent - if any - the discontinuation of the draft, and hence a decrease in the proportion of the population with military training, has contributed to the phenomenon we are discussing here.

I countered very VERY few people in corporate leadership who were ex-military. Those that were bucked the trend. They were ok...squared away, straight talking can do/will do types.

The vast majority, the executive MBA fast trackers, were the problems. I wonder what they would have been like as leaders if they had spent a few years in the crotch before going on to obtain graduate degress.

Avedis,
There must be a intersection point between CAN DO and what can be realistically achieved with the misn/assets.
I'd think that Army training would be more valuable than time in the Corp.
Just my thinking.
jim

Yah mon. Isn't that the crux of the arrogance which defines those of us who will sell the rest of us down the river.

Jim, you are exceptionally humerous today :-)

Sun is shining, snow is melting. Back to lounging fat horses.

Avedis,
I'm glad that sumbudy gets my humor.
I want to put a face to the last few cmts that we have made.
Look at Geitner and Larry Summers, both front and center in policy and actions leading up to the fiscal meltdown,and who is riding high as a result.
Yep, Tim and Larry, that's exactly what we were talking about.
I say this as a balanced being-capable of bashing both right and left and occasionally swinging blind.
How do u break a Marines nose?
Throw sand on the wall and yell-hit the beach.
I'll do the Marine sex manual some day , if you behave yourself.
jim

One of the best people I've ever worked with is right now on his second deployment to Irag with the Army National Guard. This guy is a great problem solver. It's nice to work with people you have to hold back by the belt instead of boot in the backside.

My first vist here. Most impressed with the intelligence and quotes.

As a army brat and later as a young buck sgt. in the airborne at Bragg, I have spent 22 years as a civilian. I think the corporate world is full of fear. Throw in a couple kids, a big mortgage, two car payments and saving for college and you have an 'L' ambush of another nature.

As a paratrooper, I recall several jumps. I use these memories when things get bad and I feel like a piece of shit. My four years at Bragg and on Hay St are in my blood and they'll always mean more to me than selling something.

Tin Tin,
What you got in your blood on Hay St. can be treated with antibiotics.
jim