RANGER AGAINST WAR: Bombs Away < 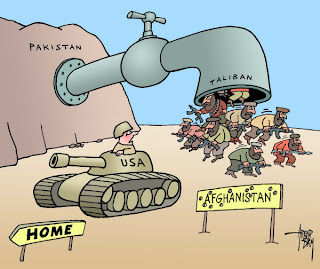 Q: Did you hear about the terrorist

that tried to blow up a car?
A: Yeah -- he burned his lips on the tailpipe
____________
This post is about bombs and bombers, one in New York City, one somewhere in NW Pakistan.

"The test in central Pennsylvania showed that the homemade bomb, had it been constructed and detonated properly, could have killed or wounded an untold number of pedestrians and damaged buildings along the block where the car was abandoned by Faisal Shahzad on May 1, the officials said.

"'It would have been extremely deadly,' Police Commissioner Raymond Kelley said Tuesday ..." (Officials: Replica shows NY Bomb Could Have killed.)

So here we have a test that proves absolutely squat. Of course IF the bomb were to have been constructed properly, it would have/could have caused serious problems, but the point is: It WASN'T constructed properly. Therefore, it was an ineffective device.

Th tests of correctly-built bombs prove nothing regarding the "failed Times Square terror attack". It was a dud, plain and simple -- a dud which indicated the level of sophistication of the bomber -manque Faisal Shazhad. Ranger's rule is: If it don't go *BOOM*, it ain't a bomb! Ranger-simple.

The reconstructions prove only one point: Bombs cause terror even if they do not go boom. The authorities staging their little display only reinforce this point. Bombs also cause terror because they are indiscriminate but this is a two-edged sword, as demonstrated in the Pakistan part of our story.

"A government official says a local Taliban commander and his aide died when a bomb they were constructing in the militant chief's home in northwestern Pakistan exploded.

'He says Khan was behind several attacks on troops in the region and had contacts with top Taliban leaders in nearby North and South Waziristan" (2 Militants Die While Building Bomb in NW Pakistan.)

Advanced terror groups have a hierarchy and a division of labor, as there is in U.S. military units. In neither organization would there be a commander either building or planting bombs. In addition, the bomb-maker is never operational, as his specialized skill is too valuable to risk losing.

The Khan scenario says simply that he was, in the final analysis, as inept as Shahzad was in NYC. Khan was using his home as a bomb factory -- what is more amateurish than this factoid? What advanced bomber would jeopardize his safe haven by compromising it with easily-found bomb components?

The Khan incident also shows that Pakistan police, intelligence and military authorities are asleep at the wheel when someone as basic as Khan is called a "Taliban leader" and that he could be building bombs in his personal quarters. An E-5 in a Ranger or Special Forces unit is more proficient at bomb-making than are these supposed Taliban experts.

The threat is not the inept bombers but inept police and intel agencies that fail to neutralize even a low-level operative. The threat is overblown (no pun intended).

RangerAgainstWar will have a word contest this Wednesday --

be there or be square.

posted by rangeragainstwar at 11:54 AM

"Ain't no security 'twixt the cradle and the grave."

"Fear is the death of happiness."
--"Suitcase" Butler

After returning to America after a decade working in Europe, Jake Arnold asked:
"What happened? It's as if the entire country has been sprinkled with dumb-dust."

"Be prepared for in-fighting."
Abbie Hoffman

The US military occupation of Afghanistan indicates a marked lack of sophistication and intelligence on a par with these would-be bomb makers.u