RANGER AGAINST WAR: The Good Samaritan < 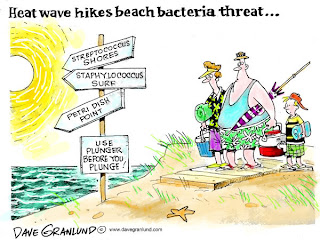 Educated in a small town

Taught to fear Jesus in a small town
--Small Town, John Mellencamp
_____________
Last week when gassing up at the local truck stop I was greeted by a disturbing sight.

The denizen derelict who usually begs for money while people are cornered at the gas pump was lying comatose in the 100-degree heat four feet from the front door of the store, seemingly invisible to the truck stop patrons. Like all the crazies, beggars, bums and losers in the lottery of life, he simply did not exist.

I, too, walked past his prostrate form to pay, much as did the passengers in the van next to me from the New Hope Baptist Church. Not one of these virile young people infused with the Holy Spirit bothered to help their fellow Child of God. So much for the lesson of the Good Samaritan.

Well, my mind caught up with my ass and I stopped, parked and went to see if the body was alive. Confessedly, I only stopped because my friend Jim Reid died of heat stroke in the June sun in a diabetic coma. There was a pulse, and spittle drooling from the mouth; other than that, not much. I went to the management and asked them to call an ambulance. They hemmed, and I asked, "What if he dies on your doorstep?" They seemed to move to call the ambulance.

I noticed the license plate of the van as it departed: "Choose Life". It's one of Florida's big sellers.

We claim to be Christians but lack a basic compassion. In losing our humanity, he lost his. He was akin to a cord of wood or a stray Burger King wrapper.

This wasn't a Haitian or an Afghan, but a fellow American, and nobody gave a damn. Charity begins at home. He was dirty and bedraggled, and we guess it looks better to bring the tchotchkes home from a week-long mission in Guatemala.

posted by rangeragainstwar at 5:10 PM

Definitely a real life, modern day version of an old story. I would only say that religion itself isn't hypocritical - it's the practitioners that are. As G. K. Chesteron said: "The Christian ideal has not been tried and found wanting; it has been found difficult and left untried."

The Mellencamp quote is a good one. May I also suggest Neil Young's "Southern Man"?

The tenets of Christianity are quite beautiful; agreed: it is the practitioners who are found wanting.

Young is another inspired choice.

Good for you, Ranger. It was the decent thing to do. Some of us are hard-wired to act and some of us are pre-programmed to be shallow, self-involved, and general asses.

I agree that the New Hope Baptist Church people revealed themselves to be shallow, self-involved lumps. Perhaps they should spend more time reading up on what they pretend to believe. I suspect they might find that they do not subscribe to Christ's teachings at all.

Northern Fan,
I see Young's Southern Man as a political statement aimed at Lynerd Skynard's anthem- Sweet Home Ala.
It's more political than religous, but yes it fits here also.
There's an old joke here in the south-Why won't Baptist's screw whil standing up???
Ans-Somebody might see them and think that they were dancing.
That sums it up pretty well.
Well, have a nice day ya heah.
jim

Jay,
I am a self involved ass, and just ask Lisa if you don't believe me, BUT, i know when to pull my head out of my ass.
The sad part is that i too was walking past this prostrate form UNTIL my gears engaged.
The Baptists were all drinking 64 oz Cokes, and well on their way to becoming pasty faced diabetic sons of God.
Bless em.
jim

Would be ironic wouldn't it if he were a past member of the New Hope Baptist Church? But probably just another Korean or Vietnam war vet deserted by his country.

Terrible,
I won't put this one on Sam.
This guy is fairly young, early 30's and he's never commented on my service oriented car tags. Therefore , i surmise that he is not a vet.
There are several homeless vets that hang out at this road junction, and they all have cardboard signs that they are hungry and are vets.
They clearly missed all the yellow ribbons.
You are right that society has passed this person in our daily march to oblivion.
jim