RANGER AGAINST WAR: Hard to Know < 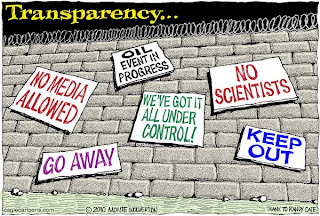 [R]ight, as the world goes,

is only in question between equals in power,
while the strong do what they can
and the weak suffer what they must
--History of the Pelopponeasian War,
Thucydides

I been talkin' to playwriters
I been workin' on words, phrases
--Running Back to Saskatoon,
The Guess Who

The only way to predict the future
is to have power to shape the future
--Eric Hoffer
____________
It's hard to tell which is the worse way to enter sleep: To watch the Charlie Rose or Jerry Springer Show.

Charlie Rose has pretensions of being a serious news show, but he and his guest can be disturbing in the depth of their credulity. Recent guest Colonel Peter Mansoor (ret'd) -- former Executive Officer to General Petraeus and director of the Army/Marine Corps Counterinsurgency Center at Fort Leavenworth (Kansas) -- said Afghanistan and Vietnam cannot be compared because the Afghan people unanimously want the U.S./Karzai leadership and consistently oppose the Taliban. This is a false construct.

One cannot put faith in any opinion poll coming out of Afghanistan. If a majority favored anti-Taliban efforts, then the effort to pacify the country would be entirely possible, which is not the case.

In the Republic of Vietnam there was similarly little verifiable proof other than propaganda to express what percentage of the population favored Communism over force-fed democracy, but we went with documentation which favored the U.S. cause.

Historically it does not matter what the majority of the population prefer because revolutions, wars of independence and insurgencies are not democratic. Rather, they are directed by the power and organization of the participants.

The U.S. won its independence from Britain without majority support for the Union. A majority of the Colonists favored remaining a British ally, but the power went where combat led it. The same is true of the Soviet Revolution and subsequent takeover of Russia.

The Bolsheviks prevailed through organization and cunning, though having only a small minority of the population in their corner, but that segment included the former Czarist Army. Revolutions and insurgencies are not won or lost as a result of surveys and opinion polls.

Majority rule is an abstract concept: When does rule become "the majority"? Pre- or apres-battle? Does it hinge on who takes the polls, and who participates in them? What about the wording and interpretation, and perception of coercion?

The concept of majority support is really nothing but conjecture and emotion disguised as intelligent discourse. All the questions and answers are irrelevant, as it doesn't much matter what the Afghan or U.S. populations desire: Both will be force-fed a U.S. policy which is independent of our control.
(Similar behavior in the sexual realm is called "rape", which I learned on Jerry Springer.)

We accept falsehood as truth and package it as democracy, or Counterinsurgency [COIN], which is a mockery of liberal democracy -- a mockracy. U.S. security estimates are always couched in a miasma of jibber-jabber. No one explains how Afghan or Iraq will benefit U.S. security or return an investment to the U.S. people.

The wars are mirror images of the discredited Domino Theory -- the Phony War on Terror (PWOT ©) predicted the dominoes would fall toward democracy once the Arab world saw the benefits of the Home Shopping Channel, only it didn't pan out that way.

Why have the establishment of Quisling governments in Afghanistan and Iraq taken precedence over the actual welfare and freedom of the American taxpayers? The continuation of democracy in the U.S. is more urgent than fighting to impose ersatz democracies in theatre.

Both Afghanistan and Iraq are dysfunctional states created by dysfunctional U.S. policy. The U.S. can't introduce democracy because we no longer understand the term. We have forgotten That freedom is not spread by firepower from without. Freedom is an upwelling from within.

Oh, and to the initial programming comparison. Jerry knows he he is a clown, and has no pretensions to anything more meaningful. He has also nicely orchestrated the circus that is becoming the U.S., updating the Greek tragedy for modern times. He even offers a moral, however simplistic, at the conclusion.

Charlie Rose might have won 15 years ago, when his style was one of non-engagement -- simply letting the guest spool out his or her story. These days, he has become like every other talking head, interrupting and installing himself in the story line.

The content of both programs is disturbing, but I'll vote for Jerry on the basis of his lack of pretense. It is what it is -- no unraveling needed. The guest do that nicely all on their own.

posted by rangeragainstwar at 11:13 AM

Kudos for blowing the cover on the American Insurgency! My country harboured thousands of refugees driven from their homes in the thirteen colonies in the years around 1780. I think that helped bring about our style of democratic tradition.

Axel,
One of my friends here in Fl is from Hamilton, Ont, and he served in the US Army and lives here. Basically, but he's still a Canadian citizen.
His family were Tories and were forced to go to Canada after the revolution. And they didn't go for the free health care.
He's a living example of our point that a majority of the colonial Americans did not favor breaking with the British Empire.
Glad that your still with us.
jim

Oddly enough I actually read the History of the Pelopponeasian War years ago. But don't know if I could bring myself to watch either Springer or Rose though.

Good point on Afghanistan and Iraq though. And also on pointing out the Colonels lie about Vietnam. He can say all he wants that now we admit that the South Vietnamese weren't interested in a forced western style style system of government and being a client state. Just as now with Afghanistan and Iraq we were told that the South Vietnamese wanted nothing more in the world then that.