RANGER AGAINST WAR: 4 Dead in Ohio < 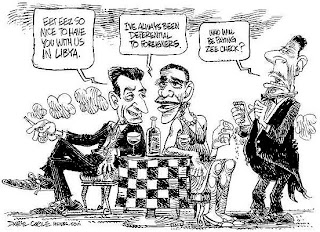 This is the way the world ends
Not with a bang but a whimper
--The Hollow Men, T.S. Eliot

All the stories have been told
Of kings and days of old,
But there's no England now.
All the wars that were won and lost
Somehow don't seem to matter
very much anymore
--Living on a Thin Line,
The Kinks

If I listened long enough to you
I'd find a way to believe that it's all true
--A Reason to Believe, Tim Hardin
________________
While U.S. warplanes are supporting Libyan rebels, democracy is shriveling to a husk on Pennsylvania Avenue:

"More than 100 anti-war protesters, including the man who leaked the Pentagon Papers {Daniel Ellsberg], were arrested outside the White House in demonstrations marking the eighth anniversary of the U.S.-led war in Iraq."

"Hundreds of protesters attended the rally and marched around the White House, but the crowd — which included many military veterans — thinned considerably as the U.S. Park Police warned that they’d be arrested if they didn’t move. As officers moved in with handcuffs, one protester who clutched the gates outside the White House shouted, 'Don’t arrest them! Arrest Obama!” and “You’re arresting veterans, not war criminals!'" (Anti-war activists arrested near White House as they mark 8th anniversary of start of Iraq War.)

Ellsberg, former military analyst who leaked what became the Pentagon Papers in 1971, participated in a similar protest last year, but the MSM decided it was not important enough to cover, and the story was covered only by foreign press, NPR and blogs.

U.S. taxpayers are buying bombs which support Libyan rebels defying their government via armed rebellion -- a fact alone which betrays democracy in action. The rebels are part of the violence equation, and the U.S. is amping up that violence, hardly a definition of peacekeeping.

The hypocrisy is deafening. The U.S. became involved in airstrikes over Libya ostensibly to protect innocent civilians. This has now morphed into possibly providing these rebels munitions with which they may kill members of their sovereign government. What sense is that? Killing is killing.

We support a revolution abroad, while arresting U.S. citizens at home for exercising the rights of free citizens. The right is that of peaceful assembly to express a legitimate viewpoint -- that of anti-war sentiment. Peaceful protest is punished, but damn the torpedoes for violent protest.

Why do we commingle with the violence of the Libyan rebellion while denying rights to our own citizens?

posted by rangeragainstwar at 6:43 AM

JP has this up to day, I read this few months after it happened but this war is about oil and nothing else.
http://welcomebacktopottersville.blogspot.com/

...it doesn't get any better than that.

But it is the *duty* of the President to risk the lives of our military to defend this country, and our American way of life, and our people... and our overseas interests.

And he actually kept a straight face when he said the last bit.

The C&C should have told the American people the truth. What happens in Africa is not in our national interest. Instead of telling the Arab coalition to get off their butts and use their oil-fed war chest he waffles for a week and then send $800,000,000 of our missiles and money on a mission that's only going energize the Al-Quaeda radicals. Yet instead of blaming the pigs on Wall St and The off shore multi-nationals and banks who are making a fortune buying buying everything for ten cents on the dollar, it's the unions. Wake up people!

What if O. is telling The People HIS truth: That war is Libya is somehow necessary for his agenda. The truth is, that we don't get to know his agenda.

The truth is, as you say, this will "energize the Al-Quaeda radicals". We don't even know who "the rebels" are, or do we? There is an al Qaeda and Hezbollah presence -- good deal, eh?

And why is it our people have been fighting and dying the past 8 years?