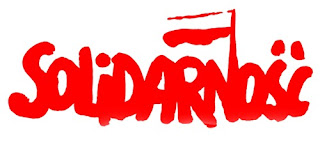 It was a long time ago.
I have almost forgotten my dream.

But it was there then,
In front of me,
Bright like a sun--
My dream.
--A Long Time Ago, Langston Hughes

These cinders need more to be a fire
While the ghosts of the soldiers
That lived there before us
Laugh with their guns by their side
--Life in a Tenement Square,
Flogging Molly

Money speaks for money, the Devil for his own
Who comes to speak for the skin and the bone?
What a comfort to the widow, a light to the child
There is power in a Union
--There is Power in a Union, Billy Bragg

You gals who want to be free, just take a tip from me;
Get you a man who's a union man and join the ladies' auxiliary.
Married life ain't hard when you got a union card,
A union man has a happy life when he's got a union wife
--Union Maid, Woody Guthrie
_______________
A Wall Street Journal report this week hails Detroit as a Nuevo Ghost Town, with a population at the city's 1910 level. Even Eminem's scowl can't save it from that plight (Detroit's Population Plunges).

According to the census bureau, "The number of vacant housing units doubled in the past decade to nearly 80,000, more than one-fifth of the city's housing stock." While blacks and whites continue to flee, the Hispanic population is increasing.

Of course we all know the once-proud Motor City has been falling apart for some time, manufacturing jobs drying up, the mortgage crisis providing the coup de grace. But foreign powers see opportunity in our degradation, with BMW's Greer (S.C.) campus employing 7,000, and generating thousands of other ancillary jobs.

The non-union autoworkers at the U.S. BMW factory earn $15 an hour, about half of what their German counterparts earn. "'We are a low-wage country compared to Germany,' said Kristin Dziczek, director of the Labor and Industry Group at the Center for Automotive Research, ", which means the middle-class to which manufacturing workers once aspired is now a pipe dream (In its biggest foreign market, BMW gets skilled workers for Less.)

Correct me if I'm wrong, but didn't the U.S. rebuild Germany after WW II? Ditto Japan and Korea. The facts of globalization are evident and painful. We have become the Turks working for non-American industrial giants. That has certainly worked out well for us.

What were we fighting for? Wasn't it the right of labor to unionize -- an absent feature of totalitarianism? Didn't the trade union movements, opposing oppression, first crack the facade of communist controls in Poland and elsewhere? It wasn't U.S. military might or Uncle Ronnie that achieved this objective.

"[An]Obama administration commerce official who visited the [BMW] campus last week, Rick C. Wade, called the plant an "example" of what is possible to move toward the president's goal of doubling exports in five years." But, 70% of the vehicle manufactured in the Greer plant go to Germany, so how is this a win-win as Sen. Lindsey Graham (R- S.C.) would have it? We are out of control when our losses are scored as wins.

What if the administration had used the auto bailout money to buy out BMW, Toyota, Kia and Hyundai, and then legislated trade barriers for the auto industry? The business of America is business, but shouldn't that industriousness benefit America? Ranger news flash: Superpowers do not have foreign factories flourishing within their borders, while their own companies flail.

The Obama administration may try an sugar coat this, but the bitter pill is a death knell to our working class once grounded in the factories of America. This is a harbinger of our future, which will be union-free and management-friendly because labor has become beggars at the global banquet.

posted by rangeragainstwar at 9:27 AM

Yep, I been saying this for a long time. Germany is a union nation and highly trained/paid and even there they are under assualt. This the last breath of the Amerikan dream and it’s covered by George best. It’s not only here but all over the planet. I good book is NO Branding, get the updated one. Sad

pig in a can let me double tap

Thanks for the reminder. And how could I have forgotten Guthries "Union Maid"?!?

This woman's fab. I am always amazed at your You Tube finesse.

"What were we fighting for? Wasn't it the right of labor to unionize …"


When businesses unionize, it's called price-fixing or monopoly, except when said activity has the blessing of government, like utilities or printing money or taxi cabs. I'm a union carpenter, and my union says that all carpenters are worth the same. Maybe, but sometimes I feel vastly overpaid and sometimes I feel robbed. Depends on the particular thing I'm building. Same for my fellows--Someone I thought useless will catch fire and shine with unexpected talent.

What we are really fighting for is our rulers, whose reasons for sending people into harm's way are impenetrable. If we were fighting for freedom, we wouldn't need to travel halfway around the globe to kill strangers. We'd just need to get to D.C.

Eloquent, and well-said. Were that we could be fair and recompense others in a manner equivalent to their ability and "fire". Alas, we have no Solomon, and petty alliances seem to be the order of the day.

It seems the best we can do is form some sort of "arbitrarily fair" alliance as an umbrella under which those who cleave to a certain trade can seek protection and a means of redress.

(Actually, pure Communism would meet this bar and be a fine and fair system of exchange, save for the fact that humans would be participating.)