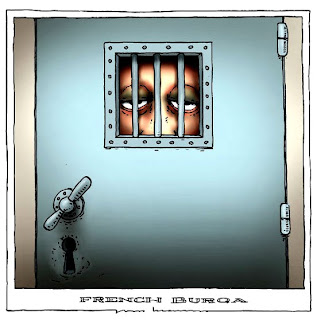 It's hard to start a revolution. Even harder to continue it.

And hardest of all to win it.
But, it's only afterwards, when we have won,
that the true difficulties begin.
--The Battle Of Algiers (1966)

Cause you're hot then you're cold
You're yes then you're no
You're in and you're out
You're up and you're down
--Hot N Cold, Katy Perry
__________________
Frenchification. In the South it means adding prefixes and/or suffixes onto given names to make them sound more interesting and, well, French: LaToya, Sha'niquia, Telethia, LaShawndra, etc. It can also be re-purposing a word with a slight tweak, like "Beyoncé" for "fiancé" (which won't work if you pronounce it like Holly Hunter in Raising Arizona.)

Frenchification is also happening to the Libyan Civil War/Rebellion (or, whatever you call it.) Any name will do since the whole shooting match is as organized as a Chinese fire drill. But my point is, while French bombs are supporting Libyan Islamist Revolutionaries in North Africa/Libya, they are at the same time denying Islamic fundamentalist immigrants to wear the niqab and burqua in public places in France.

This contradiction sums up the whole ball game. We Westerners support them, except when we do not, when they do not conform to our societal expectations. Ranger does not care what the French do or how they do it, but when the U.S. puts its eggs in a French basket, they'll end up cracked into the souffle they're making.

Do we forget that in the 1960's France renounced the military wing of NATO? In 1986, they refused to allow U.S. warplanes to overfly French territory when U.S. planes were bombing Libya? Are the French in, or are they out, and how will we know?

The French strike us as the proverbial leaky vessel: they support you to the top, until they do not. Come to think of it, this ambivalent behavior is an apt description of U.S. foreign policy since 1945.

posted by rangeragainstwar at 12:50 PM

"...They must see Americans as strange liberators. The Vietnamese people proclaimed their own independence in 1954, in 1945 rather, after a combined French and Japanese occupation and before the communist revolution in China. They were led by Ho Chi Minh. Even though they quoted the American Declaration of Independence in their own document of freedom, we refused to recognize them. Instead, we decided to support France in its reconquest of her former colony. .." Martin Luther King, April 4, 1967. New York, N.Y.

i hear dive bombers and....

Strange liberators, indeed. We will shackle you and call you free.

Then again, man is born free, but he is everywhere in chains

GD,
The ultimate irony in VN in 45 was that we -the British disarmed the Japs and rearmed the French.
This dispite the fact that the French collaberated with the Japs through out the war, and the VN cooperated in anti jap activities.
A great reward for fighting the Japs.
It's good deal time- since we obviously forgot about the Atlantic Charter as soon as we could.
jim