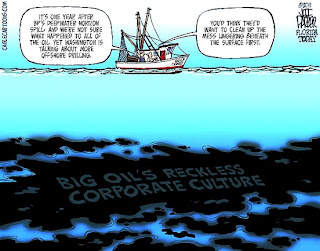 How much pain they have cost us,
the evils which have never happened
--Thomas Jefferson

Had a brother at Khe Sanh
fighting off the Viet Cong
They're still there he's all gone
--Born in the U.S. A., Bruce Springsteen

There is not much to say about the nuclear meltdown and concurrent problems in Japan. Not much directly, but indirectly it provides entree to a blast from the past, this one pertaining to Japanese terrorism.

The now-defunct international terror group, The Japanese Red Army (JRA) was synergistic and operated and cross-fertilized with other transnational groups, behaviors which elevated them to a significant threat level which they actualized on several occasions. They were a focus of law enforcement throughout the free world, though then, as now, we overplayed their actual threat capabilities.
All the little nasty JRA acolytes -- both active and passive -- were of long-term concern to the average Japanese citizen. However, their actual damage was minimal when compared with a real and imminent threat such as confronts Japan now.

Who would have imagined in 1975 that nuclear power plants would pose a much larger and persistent threat than the national terrorist group which was, in today's parlance, a kinetic as opposed to a static threat? Terrorists are and were a much sexier news story than, say, a concrete nuclear energy plant. Che and Patty (SLA) still grace T-shirts; not so, Three Mile Island.

Who in America would say that BP's Deepwater Horizon "spill" is a greater threat to our well-being than al-Qaeda?

It is by our own heedless negligence and incompetence we wreak more havoc than those who would wish us ill. A recent mid-flight "Hole in Southwest Jet Attributed to Cracks" could have been prevented with due-diligence by the maintenance and inspection teams. If shoe-bomber Reid and crotch-bomber Abdulmutallab had placed their devices on top of the aircraft, they could not have done as much damage as our own neglect. As friend FDChief says, this shouldn't be happening in an industrialized nation, not in the U.S.

All of the major threats we face are of our own making, and eclipse the threat that we call terrorism.

posted by rangeragainstwar at 8:29 PM

This guy certainly did.

Excellent catch. I am a big Kurosawa fan, but I didn't remember this "dream".

[Interesting identifier for me: "war sene"]