RANGER AGAINST WAR: Prelude to the Finale <

Prelude to the Finale 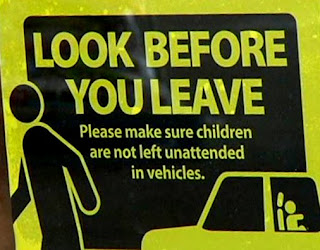 Think of how stupid the average person is,
and realize that half of them are stupider than that
--George Carlin

We kid ourselves that opening combat arms MOSs to women will be yet another step towards gender equality, but it seems a cruel joke. When over 20% of females serving in the military report at least one incident of sexual harassment during their time in service, that seems a red flag that placing them even further afield is unlikely to solve or mitigate the problem.

Even we at RangerAgainstWar fell prey to the canard that such a move would allow females in the military the opportunity to ascend the ranks as men have, by letting them test their mettle in the field and earn combat valor awards. A perverse added bennie: those females with a psychopathic bent will be able to enjoy the same opportunity to blast people (= "targets") into smithereens. Dying is not much of a way to make a living, but with 25% of women (some estimates are as high as 40%) currently taking antidepressant drugs, this might prove some sort of innovative stress-relief therapy.

However, the truth is that a majority of women who enter the Army do so because it is the last best employment option. Like the waitress we met in Beckley, W.V. -- sight of the 2010 Upper Big Branch mining disaster in which 29 men died -- told us when discussing her husband's recent decision to join the military, "It was that or the mines, and we've got a family to feed." Ditto the Latina kitchen worker interviewed on NPR who said that though she injured her arms in a kitchen accident while in the Army and subsequently left, she later decided to return to service as it provided the best work benefits for her daughters.

Life just above subsistence level is the reality for many women and their families. The National Center for Law and Economic Justice says "Poverty is a women's issue."  "Families headed by single women are particularly vulnerable to poverty and deep poverty". "[T]he Census defines people in deep poverty when they make 50% below the poverty line; Census figures show that, in 2011, 6.6 percent of all people, or 20.4 million people, lived in deep poverty." That means one in 16 people living in the USA are living in deep poverty.

For these women, military service is a means to put food on the table, and not a career-enhancing decision. The sign leading this post warning parents not to leave their children in the car is inside the front doors of our local Walmart. It seems portentous.

Something is wrong in our society when people must be alerted to the fact that they may have left their kids or pets in a car to die of heat exhaustion. We are so harried and amped up on our Two-Minutes Hate that we cannot focus on the actual issues of a life, yet the press forefronts issues like gay marriage and women in the combat arms to fool us into thinking that we have a functional society.

The reality of life for so many who do not gain the benefit of the liberal's embrace was embodied for me in a small tragedy which played out last week, one which caught my eye only because it happened in Jacksonville the day after leaving that town. It did not gain the eye of the media which instead has its sights set on the Zimmerman trial, yet it is an all-too-common story of life lived and lost behind the economic 8-ball.

It began in a Dollar Store, where a mother told one of her three daughters that she did not have enough money to buy her the bag of chips she asked for. In what must have seemed manna from heaven, a recently-released child molester overheard the girl's plea and offered to drive them all to a local Walmart where his "wife" was shopping with a large gift card. He told her he and his wife would be happy to put some clothes and food for the girls on the card, so they all loaded up into his van to head for the shopping spree six months shy of Christmas.

The story ends as you might imagine, the oldest girl found dead less than a day later outside of a church. You see, she wanted a cheeseburger, and the man offered to take her to the McDonald's food court inside the Walmart; instead, he departed with her in his van.

Here is a picture of the 8-year-old murder victim, Cherish Perrywinkle: 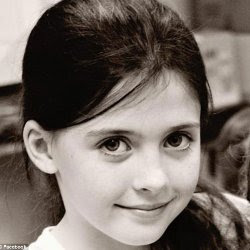 Now, you may be horrified that a mother would allow this; it is 2013, and surely she watched the true crime stories. But who knows what was in her mind. Perhaps she had come to rely on the kindness of strangers, surely a relic of President Reagan's compassionate Conservatism which aimed to close Federal assistance programs and throw the burden onto the private sector. This man was offering something like a community food kitchen, which may be the way they accessed most of their meals. The predator was offering to solve a crisis, and the prey did not know their position.

If you don't know what it is like to "walk and not ride" -- the Southern way of saying you are poor, and cannot even afford to ride our notoriously unreliable buses -- you will not understand this sort of desperation, the sort that drives women to sell their bodies, and those of their daughters, sometimes. But this woman sounds like she knew that phrase intimately.

Survival becomes a patchwork of scrounging assistance from any open hand. You think she might have been mad or feeble-minded?  Perhaps, but why did she have three daughters? We recoil in horror at the mountain people's solution to such things which is imposing involuntary sterilization under the rubric, "appendectomy". Sophisticated people say that is inhuman, and yet they are not keen on the idea of providing probable lifetime assistance to such people, either. So, then what? One dead girl, for sure.

Opening up the firing line to these women will not likely raise their life condition, and there are more of them than there are rank-climbing military careerists.

This is a really well done post. Nice job! Right to the heart of the matter.

Just a teeny bit o back up - I have been working on behavioral health financials for the past several months. Based on our membership (our being a large national health care insurance company) I would say that the 25% - 40% on psyc meds is absolutely accurate. We are spending huge amounts of $ trying to chemically address our ennui and angst.

Something is definitely wrong and neither the Horatio Alger stories of the right nor the social Marxism of the left is going to fix it. Both sides seem to be doing nothing more than providing a means for the decreasingly small number of haves to pat themselves on the back and feel better when confronted by the have-nots. Pick a narrative that suits you then put the blinkers on and go do some conspicuous consumption.

I have a strong feeling that this doesn't end well. I am thinking in terms of The French Revolution, the US circa 1860 - 1865 or modern day Egypt.

End the endless wars of Adventurism.

You are arguing the wrong question.

68 years of illegal and senseless wars, with 100,000+ dead, and TRILLIONS of dollars wasted, and millions of citizens lives ruined here, and MILLIONS of civilians DEAD overseas - for nothing!

Happy Birthday to the colonies.

Thank you. Yes -- "our ennui and angst" is the driver.

Despite the torrential downpour this 4th in our town people are out shopping "Christmas in July" sales, the reason for the season.

So you see, not for "nothing". All of that has led us to the capitalistic powerhouse that is the current USA.

So I guess the only question I can come up with after this dismal little slice of life is; what now?

It's always sucked to be poor; poor in the U.S. 2013 is either better (because there is at least a skeleton of institutional assistance) or worse (because unlike a lot of history the poor know that there are a fair number of their fellow citizens who AREN'T poor and that a hell of a lot of that has to do with hitting the birth lottery number) than being poor pre-2013.

And Sergeant Hunger, like Sergeant Winter, has always been a great recruiter.

So...what will help the desperate people like this poor damned woman who lost her child to her own poverty and carelessness?

The whole "open the combat arms to women" thing is kind of a canard, isn't it? First, because purely and simply it will never go into effect and we who have been inside the Green Machine know that perfectly well. It makes for nice copy for us to tussle over and moan about how the Boys are becoming like the Girls and Girls like the Boys but the plain demographics are that of the tiny fraction of women in the U.S. that are serving an even tinier fraction will even bother to notice and a tiny fraction of that fraction will give it a try and no portion of that tiny, tiny, tiny fraction will make to Benning School For Boys.

But meanwhile the rest of the U.S. will continue sliding back into the Gilded Age, as work becomes scarcer, wages lower, pensions (if any) more tenuous, government services fewer and oriented to those who "pay for them"...

And yet here we are, arguing about whether the girls and boys can play Army together.

Yes -- some issues fade to insignificance in context, no? And maybe some problems cannot be legislated out of existence.

Chief,
I've read somewhere that 900,000 sewing jobs have left the US since globalization has sprinkled fairy dust on our society.
I reckon most of these were females.
Now instead of sewing with a Singer they can look forward to operation a SAW.
jim