RANGER AGAINST WAR: Darkness at Noon < 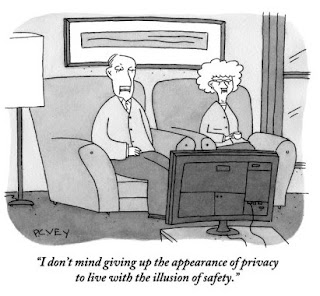 If you root for different teams,
Waste no time, weep no more,
Show him what the door is for.
Rub him out of the roll call
And drum him out of your dreams
--I'm Gonna Wash That Man Right Outta My Hair,
South Pacific

Edward Snowdon, the National Security Association leaker, was being discussed, mostly in a dismissive manner as if to parrot President Obama's lead. Anne Gearan, diplomatic correspondent for the Washington Post made passing reference to -- "that Wikileaks man who is on trial this week."

Just like that, a supposedly trusted journo goes from a disinterested posture to one of damnation and dismissal, consigning Bradley Manning to the rubbish bin of irrelevance. And host Rehm, who usually takes the high road filling in the blank for her guests, failed to do so this time.

"That man" is Bradley Manning, whose trial is being robustly ignored by the press. That is a great shame, when our press has space to consider how Kate Winslet's third child by a third man (bet there have been others) might signal the downfall of civilization, and just where is Kim Kardashian's child (she of the monumental ass, her claim to fame.)

PFC Manning's trial should be a serious story, if we were a serious people. Sorry Bradley, but we are not, and that was your major mistake. RangerAgainstWar hopes you do not disappear into some gulag, but alas, the United States is not the Sunshine State you thought we were.

Yup instead they are just concentrating on a trial that promotes bigotry hatred and racism !

Not once do I hear anyone bring up the fact that Zimmerman violated the rules of CCW by pursuing the other guy.

That's about the only thing that can be proven with the whole fiasco...

Sadly, even if the courtier press WAS paying attention to the Manning trial what coverage there is pretty much shows what the tone would be; juvenile speculation on "why did he do this" with snide remarks about metrosexuality. Dan Ellsberg summed up the story that will NEVER be told, which is that the people whose acts in violation of the Iraq ROE (not to mention act that may have been flat-out war crimes...) will never be tried or even investigated.

The degree to which a very large part of our government and our private commerce is conducted in secret, and, possibly, to the detriment of the public as a whole, is and will be unlikely to be discussed.

Nice comment on this whole business over at Digby's blog:

"Apparently nobody in the here and now cares much about all that. But I would guess that Binney does. He's been shouting into the void for over a decade and everyone dismissed him as delusional.

And having it on the record will at least allow for historians of the future to be able to piece together where our great experiment in self-governance and liberty went wrong. It won't help us much but maybe some society in the future will be able to avoid the pitfalls of blindly trusting the powerful to guard their rights for them."

And here are Obama's Syrian friends - the ones he wants to use our $s and sons and daughters to help overthrow the sovereign government of Syria, expressing their "religion of peace and tolerance" - http://www.liveleak.com/view?i=ead_1372329728 (warning, extremely graphic) - we won't be hearing about this in the main stream media either.

First we see them being cannibals, then mass summary executions of captured Asad troops and now this. I doubt Asad employed Sarin (That's just Obama trying to borrow a page from Bush2), but quite frankly, I wouldn't blame him if he did. Sarin was made for people like this.

Going further off on a tangent.....Obama (like his liberal supporters) doesn't trust law abiding American citizens to own a gun, but he wants to give all kinds of guns to a pack of government overthrowing, psychotically religious, Christian hating/American hating genocidal cannibals that saw priests' heads off with small knives while chanting God is Great!

Can we please have some press coverage so the American people can understand what it is exactly the chocolate boy wonder wants to do?