RANGER AGAINST WAR: Guns or Guitars < 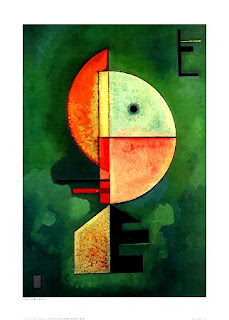 I started out clean but I'm jaded
Just phoning it in
Just breaking the skin
--Bent, Matchbox 20

Between who you are
and who you could be
Between how it is
and how it should be
--Dare You to Move, Switchfoot

Strangled by the wishes of pater,
Hoping for the arm of mater,
Get to me sooner or later
--Holding Back the Years,
Simply Red

Ranger waxes philosophic. (Next we know, it'll be a review on "The Secret" or "What the BLEEP Do We Know!?", and he'll be franchising energized waters):

Life does not have one beginning or end. Our beginnings and our ends are multiple, some beautiful, sad or just plain insignificant. Significance does not always attach to one's life.

What is the beginning? Is it birth? Is it anything at all?

Is the continuum the process and the life meaningless? Or does meaning accrue to the life, with the process being merely incidental? What assigns value to our lives? How does value accrue to a life which is simply an awareness briefly passing through the time continuum?

Is time even real? Is it circular or linear, does it compress or expand, speed or slow down? Does time even matter, or is it only our consciousness which gives it any relevance. Vacheron and Blancpain would like you to think they are demonstrating a phenomenon of importance, but maybe not. Without man, time seems meaningless. Like so many things, it simply is.

Our lives can be viewed similarly. Individually we are the center of a Twitter- and Facebook-centric universe, which is irrelevant, save to communication companies. Psychologists say narcissism among youth is on the rise -- little wonder. The Twitter egocentric universes exist exist inside a cosmos of expanding and contracting realities, in which any one reality matters little.

If there is a God, life shrinks to insignificance, and if there is none, we are still small, but without any imputed meaning. Did God exist for eternity, and if he did, why is this significant? Our own lives are insignificant regardless of religious, philosophical or political utterances to the contrary. Life gains particularity only at junctures of time, space and awareness.

At 16, a young man wanted a guitar with lessons, to which his mother replied, "Only hillbillies play guitar." Strange reply coming as it did from a Pennsylvania ridgerunner. Regardless, this teen received no guitar, but he did get a brand-new Sears & Roebuck Remington 30-06 rifle -- a hefty piece for a young shooter.

Both rifles and guitars strike chords in men's minds, some major, some minor, some suspended. Both lead to refrains and endings. Was this a beginning or an end? A rifle or a guitar was the choice. Chords and notes, or slings and shot groups?

A rifle can become a way of life, just as can a guitar.

Guns and guitars! I've never cared about personal possessions much and don't have too many. Couldn't give you the specs on my vehicles or tractor. Just not into that kind of "guy stuff".....but guns and guitars? That's where it's at. The only material things where I get into the spec.s...where I succumb to the deadly sin of coveting.

I need a guitar based soundtrack for my gun tooting.

A,
my personal fave is-voodoo child part 2.
u hv my permission to co opt it.
jim

"where I succumb to the deadly sin of coveting."

I believe that commandment technically applies to oxen, not guitars.