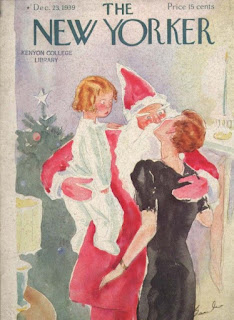 Beginning in 2018, the purchase or possession of mistletoe will be banned in the United States after it was reported last week that Santa Claus was using the plant's seasonal reputation as a kissing post as an excuse to grope and grab unsuspecting mothers while their children were asleep.

Unfortunately, the shocking revelations came too late for this year.

Francine Millet-Wenzel, 67, of St. Olaf, Minnesota ((in the ironically-named Otter Tail County), was the first to report Mr. Claus's unwelcome advances last week. (Millet-Wenzel has some local renown as a Top-40 You Tube poster of funny cat videos featuring her own beloved white Persian, Woofie-Heathcliff, in various improbable scenarios weekly over the last ten years.)

She said the attack occurred in 1967, when she was babysitting her niece. In a wavering voice, Francine said, "It hurt. I have never baked another chocolate chip cookie since that night."

When asked why she finally decided to come forward with her story, Millet-Wenzel cited a feeling of solidarity with Hayek [the actress who recently spoke out against serial molester Hollywood producer Harvey Weinstein.] She said that she felt a resonance when viewing Hayek's portrayal of the long-suffering artist Frieda Kahlo in the 2002 film "Frida".

"Men [referring to Kahlo's husband, artist Diego Rivera] can be such brutes."

She offered a societal perspective, as well. "Living through the Civil Rights era, one became aware that the focus was on empowering those who had less. I knew that now was the time to begin the dis-empowering of those against whom that whole effort had been arrayed."

The former grade school English teacher waxed poetic when referencing Shelley's poem, "Ozymandias". In an unseasonal wish born of trauma, Millet-Wenzel said disparagingly, "That's what it's going to be like for these fat and entitled white men when women have our say -- 'despair'." It's time these villains get their just desserts."

She was not thinking of cookies with her last statement (though apparently, Mr. Claus, was.)

Asked if she was afraid to come forth with her revelation, she courageously said: "Not at all. I feel like Rosa Parks on that bus, or Michelangelo chipping away the unnecessary bits."

Further, she was asked if she feared a backlash from the male community in St. Olaf. "What do I care about that?" she said, confidently. I have my cats, and pussies are better than a man any day of the week."

With the air of a woman vindicated, she then offered to show the interviewer a local PBS affiliates' short feature on the popular antics of her beloved Persian. 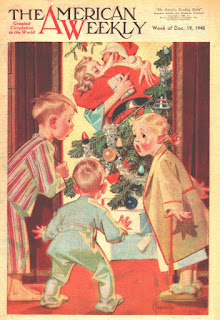 After her story was run by the local CBS affiliate, an avalanche of the now all-too-familiar stories poured forth from around the nation. Now it seems, St. Olaf was not the epicenter of this tragedy.

Santa's avuncular appearance and inextricable association with classic holiday stories and music -- his iconic image spread on everything from television specials to gift wrap-- had lulled these unsuspecting mothers into a sense of safety. Mr. Claus depicts himself as a hale well-met fellow, but the facts suggest anything but.

As this outrage continues to spool out, what some say are too-drastic protective actions are being considered.

Several females members of Congress have formed an ad-hoc committee and are presenting an appeal to Homeland Security to issue a nationwide Orange Alert: Do not open your doors late at night to even the most benign-looking strangers, especially during holidays. If you have a chimney, secure gratings which will deter entrance to your home from alternative avenues of ingress.

One of the committee members, Rep. Jackie Speier [CA-D], discussed the possibility of enlisting a consortium of the National institutes of Health (NIH) and the National Institute of Mental Health (NIMH) to study how the male hormone testosterone works to enable a potential predator to assume various guises in the service of securing their prey.

"Men are known to impregnate women into their 70's," Ms. Speier said, despondently. "Think about Pablo Picasso and Charlie Chaplin. This will be a protracted battle for women, a Long War, if you will."

According to his accusers, Claus's ploy never varied: he brought gifts ostensibly for the children and at their behest, no strings attached. But when CBS interviewed the beloved Christmas fixture, he justified his frotttage by stating coolly, "Hey, we all know there's no free lunches, right?

Dispassionately, he continued: "Look at me -- I work like a dog to make Christmas Day a good one for kids, and what do I get? Milk and Toll House cookies, every time. Would a lasagna or meatloaf be so hard?". He concluded with the victim-shaming typical of previous predators with the rhetorical, "What did they expect?"

The numbers of victims are expected to climb, and reports say that Mr. Claus has sought refuge back in the North Pole, which has no extradition treaties with the U.S. Our requests to interview Mrs. Claus were denied by her spokesman, Mr. Elf.

[Notably, there were only five reports from the state of California, a state known for suspending its disbelief and love of all things elfin and fairy-like.]

For now, it looks like our Santa Claus is more Krampus than St. Nicholas.

--by Lisa and Jim

posted by rangeragainstwar at 10:10 AM

Harassment (be it sexual, racial or age related) is poison to social cohesion.
It can, however, cliques within social groups which also has social dynamic implications.

Many problems can be avoided by sensitizing bystanders to respond to observed harassment and inform proto-bullies that said behaviour was unacceptable.

My kids (and I) went through harassment training for their Cadet squadron and I believe that it helped. Alas, I have only anecdotal evidence to back up this statement.

Thanks for the holiday cheer. Freakin hilarious.

I like to dip my mistletoe in ether. The trick is to have fresh looking plant material. They can't resist walking up close and taking a good sniff...and then....wham!... the ether kicks in and it's Ho ho ho off to big daddy's house we go.

And thanks for the friendship this past and previous years - and for all you do with your thoughtful writing.

Have a peaceful enjoyable Christmas and I'll se you in the new year.

Absolutely brilliant post Lisa and Jim. Merry Christmas and Happy New Year! I hope you are both well and blessed.

Thanks Mad D. and avedis.

Jim had the idea for the visual, and my mind just sort of erupted with the story line, replete with purported victim's name, location, etc.

The level of discourse, innuendo and outright lies in the media over the recent year(s) just lows my little mind. It's like I've entered some surreal zone populated by Mean Girls (mostly, and even when they are anatomically male.

In humor and truth may lie our salvation.


Happy New Years, but dontcha know? Life is now a Cabaret, ala Weimar Rep. The media is all freaky, all showman-like, all the time, far as I can see. So I've just entered the play.

I can see the attraction ... it's fun to slum, sometimes.