RANGER AGAINST WAR: How I Lost the War <

How I Lost the War 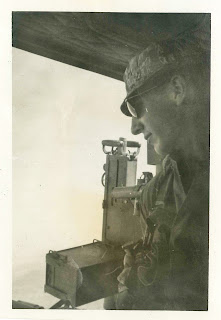 And I'm not what I appear to be
--I'm a Loser, The Beatles

Some day, yeah
We'll put it together and we'll get it all done
Some day
When your head is much lighter
Some day, yeah
--Ooh, Child, Nina Simone

There are some things to which a man cannot admit. We cannot countenance the thought that our peckers are small and short-fused, nor admit that we have reluctant bladders, or that we really were not heroes.

The following admission goes way beyond these foolish psychosexual fripparies. It has been Ranger's secret cross to bear for decades. You see, he is the reason the U.S. lost the Vietnam War.

Forget all of the armchair quarterbacking you've heard over the years, blaming everything from hippies to the U.S. running like scalded dog. I'm here to tell you the real deal: The weight of the nation rested upon the fitness of U.S. Army personnel, and Ranger let the sacred honor of the nation down on this front.
He knows because CPT Willoughby told him so. It was OH Dark Thirty and the universe was clipping through the month of September in the year 1968. Tet '68 had just delivered a humbling, and Ranger was a young shave-tail wearing infantry brass on his collar, if not in his heart.

His bad attitude was infecting the Army, or so said Captain Charles "Fucking" Willoughby, the class training monitor. Charles called Ranger all sorts of sorry motherfucker and said in no uncertain terms that it was guys like him that were losing the war. Incidentally, it was Ranger's first exposure to motherfucker as non-hyphenated noun versus verb -- Motherfucker as an entity in and of itself, and not the description of an unsavory action.

That encounter started his thinking about alternate recompense for being a soldier. If the Army paid a quarter for every time someone called him a motherfucker, he would be a rich motherfucker. Sadly, this initiative was never adopted. (He'd like to kick the ass of the motherfucker who nixed his proposition.)

After a lifetime of forced denial, Ranger bares his soul and individual culpability in this colossal failure. This is why he shuns most fraternal military gatherings: he knows we lost before he even got on station, and that the loss was his doing. His crossed rifles may as well be scarlet.

This is my most important confession.

posted by rangeragainstwar at 2:16 PM

It is never too late to make amends.
The Navy SEALS Workout video is on sale at Amazon, even as we speak.

Simon(Bill Paxton in True Lies): [Whining and pleading] Oh God, no, please don't kill me. I'm not a spy. I'm nothing. I'm navel lint! I have to lie to women to get laid, and I don't score much. I got a little dick, it's pathetic!

Thanks for 'fessin' up. I'll call Jane Fonda and tell her she's off the hook now.

Thanks for taking responsibility for that fuck-up, Ranger. I thought my negative attitude was the reason we lost. Imagine my relief.

Rez Dog,
One of the rated items on a OER is-TAKES RESPONSIBILITY FOR HIS ACTIONS.
I reckon it's long past due.
jim