RANGER AGAINST WAR: 365 Bottles of Beer < 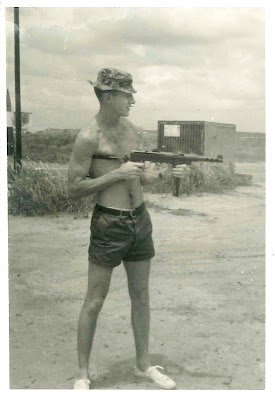 --Preparing for a day on the town?

Manliness is not all swagger and mountain climbing.

There is only one way to win hearts
and that is to make oneself
like unto those of whom one would be loved
--The Painted Veil, Somerset Maugham

We haven't had any tea for a week...
The bottom is out of the Universe!
--Rudyard Kipling

Ranger's young manhood was devoted to the U.S. Army, an institution which owned his body if not mind, and he was fine with this since his goal was to be an unconventional warfare specialist.

Since that time the U.S. has fought many unconventional / guerrilla warfare (UW/GW) type scenarios. Most are unfamiliar to the average citizen, who relies on an increasingly entertainment based media for information. That media determines that fictions like "Three Cups of Tea" are more palatable depictions of what counterinsurgency means -- COIN-as-teatime. It's simply a matter of getting them to see we are all on this ball of dirt together and that we all want the same things. Except when we don't.

Fiction is fine when you're enjoying a nice, bold beaujolais and Salad Nicoise at the book club. The problem enters when everyone from General Petraeus down to the youngest rifleman based their assumptions and their beliefs in their actions upon such faulty premises. Somehow, the Army came to believe that drinking tea with locals was the tipping point that would win hearts and minds. (Oh, yeah -- tea and a lot of moolah.) The Gods of War and the locals must be laughing themselves silly.

Ranger has not been involved in Afghanistan, but can share his ancient history with COIN and UW/GW while a young Infantry branch officer in Vietnam serving with the 5th Special Forces on his Southeast Asia holiday rampage.

Stepping off the aircraft at Ton Son Nhut airport, I was as naive as a young soldier could be. I was also as well-trained as any Infantryman that ever deployed under the battle flags of the U.S. Army. Not just Ranger-qualified but Special Forces Officer-qualified after serving in a line Infantry Division. Back then, young officers were given four months of troop duty before being sent to the Big Show, which Ranger later learned was the SE Asian version of Disneyland for soldiers.

Like every other soldier, whether draftee or enlisted, he was fully prepared to do whatever my Army required to win the war. Every last one of us were willing to kill or be killed in the process of doing what our country required of us, but therein lies the crux of the biscuit: What was required?

When I stepped off that airplane wearing jump boots, crossed rifles, junior jump wings and a Ranger tab with a Green Beret on my high and tight head, I had absolutely no idea what I was doing on the ramp of that airplane, stepping into a war that almost everyone knew was lost (it was 1970). What I did possess was every infantry skill required to kill people, be it on an organizational or personal level.

After I stepped off that plane, 18,000 soldiers died for a policy that was as dead as an old man's dick, but we soldiered on because that is what soldiers do. We are not quitters.

posted by rangeragainstwar at 9:49 PM

I would only comment that for all that "we" have been involved in a number of UWs since 1945, most of the time we were on the "wrong" side for the original SF mission profile. Instead of training G's to fight the Evil Empire we were kinda helping the Evil Empires fight their own G's. Your war - at least, the war in the hill country that a lot of SFOAs fought - was perhaps the last real, genuine UW the U.S. Army has fought since the entire SF organization was created.

I don't usually like to admit this, but I wore a white candy-stripe for about six months back in the Eighties. I was all about the idea of becoming a hairy-legged schoolmarm and training and leading friendly G's. But I couldn't hack it - partially my own inability and partially the U.S. Army's moron-grade idiocy in accepting a cherry E-3 into its SFQC. I terminated out and was shipped over to the Deuce with a ton of other SF medic bolos.

Ah, the things we do when we're young and dumb. si jeunesse savait, si viellesse pouviat!

Chief,
There's more to come.
I might expand this to 3 parts.
i wrote it months ago.
jim