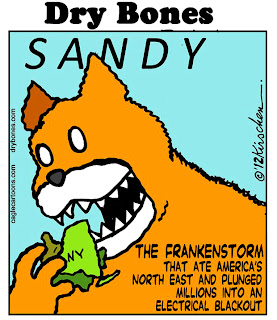 Our congressman Southerland has hopped on the austerity bus hawked by Republicans from presidential candidate Mitt Romney all the way down the line, and he has done so in the down-home way the locals love, surrounded my mom and girl kids, but the main problem is not the corn pone -- it is that it is a totally disingenuous position in direct opposition to the tenets of our Founding Fathers.

His daughter says that daddy (Southerland) won't allow them in Congress to spend money that they do not have.  It sure sounds good, and it is even fine practice to teach young 'uns who put their pennies in the piggy bank.  People can and should live within their means, and so many of their financials woes might have been avoided by more prudent financial behavior.  But governments are a different beast.

The American Revolution was funded and executed on borrowed money.  The Revolutionary War was fought on deficit spending, though that term was not in vogue.  We borrow to survive; we always have and always will.  Sometimes we are in the black, but often in the red. The current  focus should be on reviving our economy, not cutting spending, which motivates naught in the homeland.

If we borrow money, it should be for growth and not retrenchment. Spending money "we don't have" can lead to growth, if the money is soundly used and provides a good return.  Investment does not equal irresponsible spending.

War spending reaps nothing but loss and destruction, save for the builders of the war machine.  The people cannot eat war.


Note: If The People have their wits about them, the destruction from this week's storm should give them pause regarding the Romney campaign stance of off-handing disaster relief efforts to states and private agencies.  Such disasters require quick, coordinated response; they are national in impact.

Oh, and they require a National Guard at home and on-station.

Lisa has betting in her blood, and will revise her earlier election forecast based on storm Sandy: Obama gets the bump for acting Presidential and the nation sees itself, if only for a moment, as a union; Obama will score 54% and win a second term. Forward.

posted by rangeragainstwar at 10:51 PM

I’ll agree with that and then 0 second term he’ll start on the Grand Bargain which is Austerity for Main Street and not so much dod vendors or ws money changers. How sad this is as far as we gotten as a country but they have done a good job of dividing the citizens of Amerika into whole lot of little groups watching out for themselves and not the Nation as a whole.