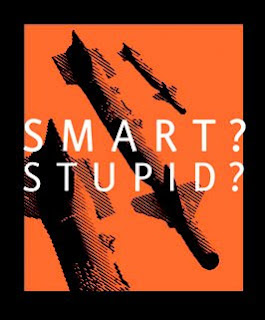 How I love my liberty
There are no strings on me
--I've Got No Strings,
Washington and Harline

All for a little bit of money. There’s more to life
than a little money, you know. Don’t you know that?
And here you are. And it’s a beautiful day
--Fargo (1996)
________________
Ranger is disdainful and indignant over both the offensive and defensive tactics used in this Phony War on Terror (PWOT ©). We thought it would be instructive to offer some basics in tactics and will focus on defensive tactics to compliment "Dak To" and "Designated Loser".

When you expect a Big Mac Attack, you must defend properly or you will be consumed. The indignation arises from the fact that the Army is fighting this war as amateurs when in fact our history provides a template of how we should fight.

Preparing for all fighting is similar to frying hamburger. There are clear steps which must be achieved on the way to producing the finished product, whether the workspace is McDonald's, GM or the battlefield. A successful battlefield product is not having soldiers killed needlessly.

The following comments will be pertinent to any hill being defended in the PWOT, from Platoon to Brigade level. Since our focus has been isolated outposts, most of the fights will be Platoon and Company level.

Regarding mission: since you are sitting on a hilltop (or any other terrain in the COIN environment), the defensive position will be planned (not hasty), will not be in-depth, should provide 360-degree security, and survivability in the position is predicated on fire support, via either air or artillery.

Since these positions are isolated, they must be task-organized and heavily weighted. That is, they should have a heavy augmentation of crew-served and M-203 weapons. Their medical support on-site should be augmented. A forward observer (F.O.) should be assigned to coordinate all defensive indirect fire. This allows the ground commander to devote his attention to directing the ground battle.

The F.O. and unit commander generally co-locate to insure contiuity of effort. Both are combat officers, so there is redundancy if that becomes necessary. Unit mortar F.O.'s may also be present, and air assets would be an integral part of this fire planning.

The fire support assets available at Platoon and Company level should be overwhelming to any attacking enemy formation. the history of the U.S. involvement in Korea indicates this necessity. LZ X-Ray in Vietnam demonstrated the indispensibility of artillery for the survival of isolated units. This is true regardless of whether the unit remains one night in that location or one year. Defensive fighting positions must be hardened and have overhead cover to defend the troops from friendly and enemy indirect fire.

Contingency planning must address worst-case scenarios and be prepared to relieve pressure on defending units, which can be achieved in a number of ways. It also must be determined if there are any friendly units in the area which can be called upon to relieve pressure if required. Logistically, can the position be provided with proper support, either via air or ground.

By this point in COIN operations in Afghanistan the capabilities and intents of local anti-coalition forces should be clearly understood and delineated. The recent attack at Wanat was not a jack-in-the-box event. It was a pre-planned attack which demonstrates proficiency of enemy tactics.

These basic planning considerations seem absent from the operations we read about in the daily news. There is simply no way 200 Taliban can overrun a weighted U.S. Platoon with proper fire support and fighting from prepared positions.

So when you read, "Nine Soldiers Killed and Fifteen Wounded," what is clear is that something is amiss. even before reading the after action report. Doubly true when dealing with elite units.

These battles indicate proper troop planning procedures are not being implemented.

posted by rangeragainstwar at 5:53 PM

Bravo, Ranger! I would only suggest/request even more commentary/detail from you when writing on this and similar topics...even if that means such posts end up double the average size. GSJ

GSJ, this article came to me driving Lisa to tallahassee. i dictated it and she translated it into english.this seemed necessary to me b/c of some cmts that i've recd in private emails. therefore this little class that any 2LT knows after graduation for basic course.
I've written a long piece called Ninja and hope it'll be posted soon.
I'm presently on the road going to Joe Urbas's memorial service in Ohio. jim

GSJ, coming back at you- i was tired earlier and i failed to mention that FD Chief did a good run down of laying in a unit for defense. See the cmts in Designated Loser. jim

I have read further details of this attack. There were several factors here:

1. The position was still in the process of being prepared. In particular, the vehicles of the soldiers were being used as impromptu fortifications while they prepared the position. THIS INDICATES THAT THE ENEMY'S INTELLIGENCE AND ABILITY TO RAPIDLY CONCENTRATE FORCES HAVE REACHED A LEVEL WHERE THEY CAN TAKE OUT OUR FORCES BEFORE THEY HAVE A CHANCE TO PROPERLY PREPARE THEIR POSITION.

2. 2/3rds of the American soldiers were either killed or wounded in this action, but there were twice as many Afghan Army soldiers there as American soldiers -- AND NOT ONE AFGHAN ARMY SOLDIER WAS KILLED. Remember my note on the message above about what happens when untrained or poorly trained civilians see a bunch of black-clad figures armed with automatic weapons rushing their position -- they throw down their weapons and run, or they throw down their weapons and surrender. THIS INDICATES THAT THE AFGHAN "ARMY" IS LACKING IN EVEN THE BASIC PROFESSIONALISM OF A TRUE SOLDIER. Shades of "want a rifle? it's a good deal, never fired and only dropped once" from ARVN days.

So some core conclusions can be drawn here:

1. The Afghan Army is *USELESS*. They do not fight, they run. They do not fortify, they lollygag. Any strategy which relies upon having Afghan soldiers take on some of the work of manning these fortified positions is hereby declared futile. The Afghan Army appears to lack both the training and the leadership and likely is infiltrated from top to bottom by Talib supporters anyhow.

2. Given that the whole fortified outpost strategy was formulated with the notion that Afghan Army soldiers, stiffened by U.S. advisors and soldiers, could man some of these outposts, and given that there are not sufficient U.S. and NATO forces in country to man these outposts, it is clear that the fortified outpost strategy itself is a *failure*. There simply is not sufficient manpower, given that the Afghan Army even backed by U.S. advisors and soldiers throws down their rifles and run whenever the Taliban come at them.

3. Alternately, I might suggest that our GI's be equipped with Makarov PM sidearms and be stationed *behind* the Afghan Army soldiers, with orders to use said Makarov sidearms on any Afghan Army soldier who throws down his weapon and runs. Sadly, this suggestion appears to violate several rules and regulations regarding the treatment of allies. Too bad. Thus the suggestion of sidearm (the typical sidearm used by the Taliban *and* the Afghan Army).

In any event, Afghanistan is giving me some real deja vu. Somewhere, some ex-Soviet general is laughing...

BadTux,
i would further suggest that the anti-coalition forces may not need to move assets to an attack position- they probably live there.
it must be a hell of a feeling not having an escape route.And yes i feel your assessment of Afghan Army loyalties is probably correct. jim

before you rustle up any righteous indignation or disdain for the "uselessness" of the afghan army please consider the delicate balance that colonial troops have always had to strike.

look, every afghani, knows deep in his heart and soul, that we will be leaving, probably leaving exhausted, broke, and in a big ass hurry.

just like every single other invader has left that region.

i was pretty harsh on my marvins. those poor bastards knew that the endgame had started. they knew that i would be leaving and they would be staying behind. left alone to deal with the other guys taking over.

their reactions were fairly reasonable when viewed in that light. why should they take risks and develop a reputation as a formidable enemy? who do you think would be treated better by the winners? somebody who fought like a demon or somebody who dropped shit and ran at every opportunity? i even carry it further to include the provincial guys who were stealing every single thing they could get their mitts on. the guys who would requisition supplies and turn them over to the NVA at the drop of a hat for a little more cash. guys who levied extra "taxes" on the peasants. they knew we would leave and they would be left. they were gathering their own run money.

can't fault them for behaving like rational human beings. after all, they are the ones who know their own country. after seven years of occupation, most of our troops do not have a single american conversant in the local dialects on staff. seven years. not. one.

no wonder they expect to bail, and bail fast when it happens.

we forget that they have seen this exact same scenario throughout their entire history. invaders come. they get chewed up into little bitty pieces over the course of decades or generations and they all leave defeated in the end.

do not judge the behaviors of those folks who might be the only rational fucking actors in the whole stupid and violent charade.

MB,
your points are well taken but it also sounds a little like our politicians .Americans always take over the indigs war so why sweat it- let the amis rock and roll.
The lowly fighters see their leaders fat catting and they want to emulate their example.Just on a different level.
I'm uncertain as to the level of hatred in the pwot- i can speak well to rvn but have no real grasp of Afghan/ iraq. but i can guess since nobody wants to get captured - this is indication enuf. so far no one has come back alive when captured-not a good sign of possible middle ground accomodation.
nobody is willing to look at it from their side as you have done but then again few have had to. jim