RANGER AGAINST WAR: Connecting the Dots < 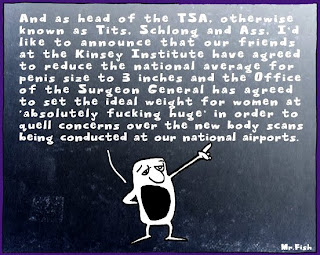 God's work must truly be our own
--JFK inauguration speech (1961)

Thousand of victims of torture under the regime of Philippine President Ferdinand Marcos (who first sued for redress in 1986) were awarded a settlement by a federal judge January 13, 2011:

"A federal judge on Thursday approved the distribution of $7.5 million to settle a lawsuit filed by thousands of victims of torture, execution and abduction under the regime of the late former Philippine President Ferdinand Marcos

"Each of 7,526 eligible members of the class-action lawsuit will receive $1,000 under the plan approved by U.S. District Judge Manuel Real. Distribution is expected to begin in mid-February and take about a month" (Judge approves $7.5M payment to Marcos victims.)

The Marcos regime was a U.S. client, supported, trained, equipped and funded with US dollars. Marcos violated human rights under the rubric of defeating Communism, which equated with keeping Marcos in power. While this award is to victims of foreign atrocities, it is the shape of things to come for an America which participated in those same abuses.

It is bizarre that U.S. courts will rule on Philippine torture cases yet turn a blind to U.S. torture policy. Ignoring criminality will not eliminate it. Acknowledgment of torture is not accountability for it (Yousef Munayyer). The U.S. trumpets that it will not appease terrorists, yet we protect torturers.

Appeasing torturers who are every bit as criminally heinous and opposed to U.S. values as are terrorists is hypocrisy.

posted by rangeragainstwar at 4:13 PM

Seems a bit of Matthew 23 is in order:
Woe unto you, scribes and Pharisees, hypocrites! for ye are like unto whited sepulchres, which indeed appear beautiful outward, but are within full of dead men’s bones, and of all uncleanness.
(and)
Ye serpents, ye generation of vipers, how can ye escape the damnation of hell?

Tune into to Matthew: Chapter 23 for the whole thing.

Well, I don't know how much of a "whited sepulchre" is Mr. Yoo (he was never my cup o' tea), but as always, a very apt reference, thanks.