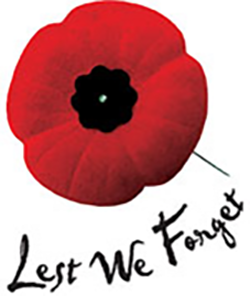 [Note: We met Mr. Weis when he posted a comment to a 2012 RAW post (A Soldier's Heart). He composed the piece below for the planned 50th class reunion of BGSU this fall. It expresses the meaning of the day as well as any piece of writing can.]


We are the Dead. Short days ago
We lived, felt dawn, saw sunset glow,
Loved and were loved, and now we lie,
In Flanders fields
--In Flanders Fields,
John McCrae

On the 50th Anniversary of his Graduation from BGSU:

I met Doug through Eric Moore, also a member of the Class of 1968, and a close friend of Doug’s from the time they both started at Bowling Green.

Eric and I made regular late night, post-studying visits to Doug’s off-campus apartment during the 1967-1968 school year, where we shared a few beers, some progressive jazz, and the simple and soulful philosophy that is a tradition in one’s final year of college.

I was a junior that year, and I would see many of my one-year-older friends leave me behind as they graduated and moved on.  Eric contacted me in April of 1970 to share with me the sad news of Doug’s death in Viet Nam.

Doug was my fourth friend to die in Viet Nam.  Aside from being my friends, they had other special attributes in common, and Doug perhaps exemplified those attributes most endearingly: modesty, humility, softness, an utter absence of belligerence or hostility toward others, an aura of peacefulness, an instinct for empathy, an ability to listen with deep caring and understanding, a gift for showing others that he liked them and was always glad to see them.

Each of these fine men perished in war, yet they were men of peace and love and acceptance.  I could never imagine Doug Mabee – not to mention Airnaldo Cantu, Terry Huebner or Ted Bartholomew – ever picking a fight with another human being.  I cannot imagine Doug Mabee ever hitting another man.  Perhaps that is what drew all of us together.  Ironically, these peaceful men – and our friend Doug Mabee – died in war.

I wish Eric Moore was still alive to share his memories of Doug.  He would do so with great enthusiasm and honor. He passed away in 2002 in the Virgin Islands where he resided. I was close to Eric throughout his life, during which he gave me many fond memories and a few good friends.  Doug Mabee was one of those special friends – a friend whose memory will be with me for the rest of my life.

A half century has passed.  Those of us still here look very different than we did in 1968.  Doug looks the same – a young face with glasses, a slightly awkward smile, an expression and a body language that always said, “I’m happy to see you.”

I am writing this wholly inadequate tribute to Doug Mabee one week before Memorial Day of 2018.  On this Memorial Day, as in every one, year after year, I will be alone in my thoughts of four young friends whose faces are still young and still so vivid in my mind’s eye.  And I will be wishing, for Doug and the others, that I could give them back the half century they lost.

Thank you, Doug, for your service.  They say that “time heals all wounds.”  “They,” of course, are wrong.  All of you here today know that.  Some wounds leave scars that no years of longevity can heal.

Losing Doug Mabee to a war, now long ago, is one of those wounds.

posted by rangeragainstwar at 9:41 PM

Hey thanks for this amazing post. Would love to read more of such blogs. You can also have a look at Malaysia Visa Online for more information.

Your article was very good, and you have given very good information in this article. I regularly read all the articles on your website.

I really appreciate your efforts for this Article and wonderful Knowledge. I want to share with you all a useful source- <a href="https://tourtoreview.com/things-to-do-in-havelock-island/>Best Things to do in Havelock Island</a>

I really appreciate your efforts for this Article and wonderful Knowledge. I want to share with you all a useful source- Best Things to do in Havelock Island

I really appreciate your efforts for this Article and wonderful Knowledge. I want to share with you all a useful source- Best Things to do in Havelock Island

Interesting articles & Lot more things I wish to know and discuss. Kenya launched an e-visa program allowing visitors to get a Kenya evisa tourist, transit, or business visa. The best way is to apply visa for Kenya online as it is a much more convenient way to obtain it & It takes only a few minutes to fill out the e-visa application form online.