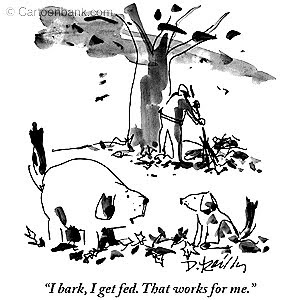 Give me your answer, fill in a form

Mine for evermore
Will you still need me, will you still feed me,
When I'm sixty-four?
--When I'm Sixty-Four, the Beatles

And indeed there will be time
To wonder, “Do I dare?” and, “Do I dare?”
Time to turn back and descend the stair,
With a bald spot in the middle of my hair
--The Love Song of J. Alfred Prufrock,
T. S. Eliot

For age is opportunity no less
Than youth itself, though in another dress,
And as the evening twilight fades away
The sky is filled with stars, invisible by day
--Morituri Salutamus, Henry Wadsworth Longfellow

I would give the world to see
How I used to be
When I had no axe to grind
Except for Chopping Wood
--Gold Fever, Clint Eastwood

I am long past the point of being considered handsome, or even pretty. My lip has been ripped in two and repaired, my neck bears a surgical scar and cervical spine carries the pain of successive parachute accidents. My spine is crooked and legs and hands numb. My left nut has been surgically repaired thrice, and it is doubtful the right one is marching his post in a military or any other matter.

I do not fear death because I have lived 40 years longer than I ever expected to such air through my lungs.

How do you define a man? Samuel Beckett in his book Murphy devoted a chapter to describing the "seedy solipsist" -- every possible measurement of his being is given. However, at the end of the tally, one realizes they are no closer to knowing the man.

In our culture, the first question is, "What do you do?" Gotta establish credibility. If one is retired, what then? Is one vitiated? Then it becomes stuff collected, or hobbies. As for me, I no longer value conversation, and disdain small talk, and don't particularly value most people. Perhaps this is what Kundera meant by the Unbearable Lightness of Being -- no one matters all that much.

Am I an Asperger's? Have I simply consorted with those types for long enough that I have subsumed some of their traits? Who is to say, but talking does not provide a savored sweetness, and written dialog has replaced chats.

I draw my perimeter in close. Did seeing combat cause this behavior? There is no way to undo it, so who is to know? Perhaps I have always had a predilection for isolation and melancholy. Perhaps it was just one of many instigating factors which drew out and ramped up the essential indifference. I have found an excellent antidepressant regime which allows me pleasure in my possessions, but not much else. I have often used SERE training points to get through the day.

When looking up the name for such a person on WikiAnswers, I smiled at the following response: "A person who lives alone by choice has, most likely, a low tolerance for total dickheads." Not having enjoyed much success in the endeavor, this may offer part of the answer. In Greek, I am literally a solophicead (desirous of living alone.)

Women and friend's wives shun my presence. They know it is in their interests to keep their husbands clear of my attitudes. My attitudes are easily felt, but often inveighing.

This week a stray German Shepherd took refuge on my property, and I just couldn't shoot it, yet there are people I still regret not killing. It is a strange mental terrain to occupy. Eventually I'll probably have to kill the dog since people continue to dump their unwanted pets out here in the country, and when I do, it will be with sadness.

It is usual to say old age beats the alternative, but how do we know this is true? For all my scars, I am in fairly good health, and should have gratitude, but I don't particularly feel it. I recognize my blessings, as they are called. I do not live in need; I can buy most things I want. Objects are safe, people are not.

I lack an effusive spirit, but am glad to share in this forum, and am appreciative for you, my readers.

wounds heal with time, even the scars tend to become a bit less livid.

glad you made it this long to allow time to do that work.

I don't comment much, but want you to know that I do appreciate your blog. My appreciation is less about you having the 'cred' of past military service, and more about the thoughtful substance of your posts.

Please do keep up the good work!

MB,
The scars don't bother me.
My worst injury is that to my ears.Physical type.I'm sure you share the same malady ,if not from blast then from Marshall amps.
My bet would be on blast.
Thanks for staying with us over the years.
jim

Tony C.,
Thanks for the comment.
I didn't get to use thoughts too much on active duty,so now i have a few unused ones to share.
Most of what i say is simplicity itself,and as i always say-so simple that even a Ranger can understand.
You may want to visit milpub.com for some intelligent discourse.
I'm not on active duty , but i feel that i'm still serving.
jim

I always assumed that you and Lisa.......oh well, once again proving the validity of the old adage about what assuming does.........

Hope you keep on keepin' on for many years to come.

Jim is a very difficult -- we'll say complex -- man. He rejects all offers of succor, as it suits is self-statement of wishing to be alone.

Happy Birfday, Jim. I concur with Tony D. and hope to see you continue posting for years to come.
There's not a damn thing wrong with isolation. I crave it, and I think we suffer from too many mofos sticking their noses in our bidness.

Happy Birthday,Jim. You're thoughts are appreciated, and I'll post this even though the expressed sentiment may cause you to cringe.

i think the thing i enjoy most is that i don't get the feeling that there are a lot of puzzled looks when i say something. that happens a lot, and not always with teenagers or kids in my strings class.

i too have a deep need for solitude much of the time. although the knees (currently trying to put off another surgery on the right one for a few more weeks to finish up a contract gig so i'm limping along with braces and lots of ice) mean that my times of packing up a couple horses and heading out into the hills by myself are pretty much over. that used to be what kept me as close to sane as i ever get.

my friend silas back on the rez is much the same. there aren't many people who would look at his little trailer way out in the middle of nowhere on the lip of a mesa and say "wow. that is so cool. you can go weeks out here and not have to see anybody..." but, that was my first thought when i saw it. then, as we sat and shared a smoke while watching a glorious sunset turn the sky and horizon into a color riot something pretty close to envy set in.

MB,
It's possible to find solitude in a crowd or a group.
jim

What is the most important lesson that life has taught you so far?

Happy Birthday Ranger! I'd give you my last pair of clean dry socks but my arms aren't that long. Take care.

Anon,
Most important lesson-
Read my next essay.
It's about a few lessons re;life.
jim

Barca,
The socks don't especially need to be clean, but dry is a must.
jim

Many more to you Ranger and keep up the good work saying what needs to be said.

"It's possible to find solitude in a crowd or a group."

I find lonliness in most crowds and groups due to sense of not understanding or caring to get involved with whatever it is the members are all about; which is usually some stupid pro sports team, boring family guy crap or cheap talking self promotion.

I find the kind of solitude I enjoy in physical separation; especially way out in the desert or the mountains.

Unfortunately, being "back east" there's no where to go to get away from all the crazy motherfuckers. Even out in what is called "the countryside" they've fenced off all the land, every few miles there's some little town full of cousin luvin' jesus praisin' fat greasy retards.

My solitude now comes from my routines with the horses on my own little spread and occasionally from a heart felt riff on my six string on my back porch.

Happy birthday, young fella. I look for many returns.

And you ain't all that bad, you know.

Congratulations on making it this far, Ranger. I'm glad life has given you the opportunity to use those leftover thoughts the military had no use for.

Avedis,
I keep my guitars next to my bed,closer than the shotgun.
There is always a Gibson 6 string on the pillow.
These don't have any lips which is a real plus.
jim

rez dog,
I hate to sound snobbish,but it's a fact that i never gave more than 10% of my brain/mind to the Army.
They didn't want more.
I actually got kicked out of Army schools for thinking, and other deficiencies.
jim

Publius, TW, Barca,
thanks for staying with RAW.
I'm trying to keep from drooling on my chin-seriously.
jim

avedis,
One of the things that i like about the south is that it's always easy to find a new wife after a divorce.You simply have to go to your next family reunion and viola-you're home free.
jim

You've got 14 years on me Ranger but I very much understand and relate to what you write here. I too am quite literally a solophicead. It's something that is easy to get comfortable with. And has actually been with me since a very young age. Even as a child I had a tendency to find something else to do on holidays then sit around dealing with the bs. Except for dinner time of course!

Happ birthday, Range. Had I known, I'd have sent you a rubber snake and a pair of toy handcuffs just to remind you....

He's that easy to read, eh? Nothing will bring him down more than thinking himself transparent :)

Anon,
No thanks on the rubber snake-i don't need another snake that won't wiggle.
jim