RANGER AGAINST WAR: Rebellion Without Truth < 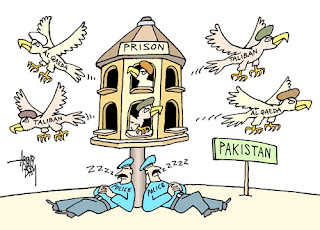 Where is the love

You said you'd give to me
Soon as you were free
Will it ever be
--Where is the Love,
Robert Flack

No one knows what it's like
To be the bad man
To be the sad man
--Behind Blue Eyes, The Who

Rebellion without truth is like spring in a bleak, arid desert
--Khalil Gibran

Nuclear arms in the Middle East
Israel is attacking the Iraqis
The Syrians are mad at the Lebanese
And Baghdad do whatever she please
Looks like another threat to world peace
For the envoy
--The Envoy, Warren Zevon


Ever avant-garde in simple matters, Ranger questioned the wisdom of hopping on the bandwagon of manufactured joy surrounding the so-called Arab Spring way back when it first sprung.

He asked in his April Fool's Day post (Reverse English) if the U.S. largesse in the form of 200 Abrams M1 main battle tanks to then- Egyptian President Morsi was such a great idea. Now we know the Egyptian military used those fine examples of speed, shock and firepower to depose the now so-yesterday Mr. Morsi.  We enabled the military to execute a coup versus a democratically-elected leader, leading us to say there is some element of hypocrisy or failure or both in that action.

We at RAW ask, as always, "Where is the rationale in such an action -- did the gift increase or decrease the chance for peace in the region? Did the weapons increase the ability of Egypt to develop into a democracy?" Leaders in erupting nations are likely to be given the old heave-ho overnight, so why encourage malcontents (i.e., most of the animated population) to vie for control over such goodies?

Must the United States always play the dupe, sending materiel goodies down the chute to the merest facsimile of a leader? Yet now we stand before Syria wringing our hands over the same question. Most "sensible people" seem to be saying, "Just send a little", as though somehow tossing some candy into the ring will allow the best man to emerge victorious. We have heard it all before: Assad (substitute your leader of choice) is a baaad man. We don't like bad men (we wear the White Hat, after all), so he just has to go.

Or do we just support everyone and hang our hats on hope and change?

Never mind that the nation over which he rules might be chock full of bad men in defilade, patiently awaiting their turn in the spotlight. We can only do what we can do, which is throwing some of the products of lucrative military contracts at a problem. Hard ware just compounds the problem.

One definition of insanity is repeating the same action in a similar situation yet expecting a different outcome. "Oh, but Saddam and Assad are different men," those on the supply-side claim. No -- they are all wolves in sheep's clothing ... but we do love us some lambs, no ... the meek, and all that?

At the risk of stating the obvious, tanks are offensive weapons for warfare, and are not designed for police functions like breaking up crowds, so why would we supply them to (Egypt / Libya / Iraq / Afghanistan)? Not only is the gift to a supposedly burgeoning democracy misguided, but they cost a fair bit, money that a nation under sequestration can ill-afford to fritter away. What does the U.S. gain from attempting prop up these corrupt regimes?

When our own nation teeters on the brink of insolvency, we cannot afford to play these games.

posted by rangeragainstwar at 2:43 PM

But tanks (and warplanes, naval vessels) are job-creators for American workers.

C'mon, jim. We've been doing this for donkey's years. Power politics, buying other nations' armies. You know the deal.

And just as an aside I'd argue that the nation isn't "insolvent", it's only poor schmucks like you and me who are insolvent; General Dynamics is doing juuuuuust fine.

Upon further review, let me go even further; this isn't a case of "same-old, same-old" and MICC welfare to General Dynamics. Rather, in this case it is a working example of foreign-policy-through-military-bribery that has worked (as much as any of the clusterfuck that is our "Middle East policy" has "worked") quite well.

The bottom line for U.S. policy in the Middle East is (in no particular order) 1) access to petroleum, 2) support for Israel, and 3) defeat/dispersion of anti-American (anti-Western, anti-Israel) factions in ME polities.

For this reason the U.S. support Mubarak over the period of his reign. He was a corrupt authoritarian sonofabitch but he was (largely, when it was convenient for him) OUR corrupt authoritarian sonofabitch. His army and police therefore often acted as proxies for U.S. policies by disrupting groups the U.S. had conflicts with such as the Muslim Brotherhood and Hamas in Gaza.

So gifting his army tanks wasn't just a form of welfare to American workers, it was a direct bribe to the Egyptian Army to "like" them some Yankees on Uncle Sam's Facebook page.

When Mubarak was toppled (something that the U.S. did what it could to slow down but couldn't really prevent short of fomenting a military coup) we got the "worst" possible outcome; a popularly elected soft-line Islamic premier. The U.S. public, fatheads that we are, bought the story that this was "democracy in action" and because of our long history of talking bullshit about how we loves us some democracy the U.S. government had to grit its teeth and smile.

But...in reality I'll bet we've been hatin' us on some Morsi for the whole period of his rule. It would surprise me not a bit to eventually find out that the U.S. State Department reps and DoD "advisers" who turned up to "help" the Gyppos maintain these tanks never missed an opportunity to talk shit about Morsi.

And, hey ya! Now we GOT us a coup. The tanks are doing their job, they're crushing them some Islamists, and the people we like; the soldiers, the "establishment", the plutocrats who ruled under Mubarak are well on their way to getting their hands on Egypt again.

So...I'd say that the outcome shows the exact opposite of your contention; instead of "throwing away money we don't have" for the cost of a middle-class wage for a bunch of rivetheads at the General Dynamics plant and some fat bonuses for GD execs we got us a nifty little coup in Egypt and FUCK the "Arab Spring"...

Ain't we the clever ones?