RANGER AGAINST WAR: Wonders of Torture, or WOT <

Wonders of Torture, or WOT 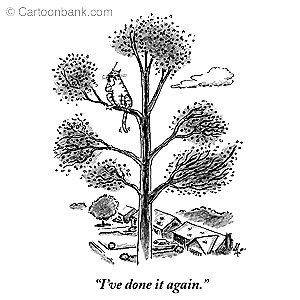 In the big rock candy mountains,
there's a land that's fair and bright,

where the handouts grow on bushes,
and you sleep out every night.
--Big Rock Candy Mountain,
Harry McClintock

You'll find your fortune falling
All over town.
Be sure that your umbrella is upside down
--Pennies from Heaven, Bing Crosby

If You Wanna Make The World
A Better Place
Take A Look At Yourself, And
Then Make A Change
--Man in the Mirror, Michael Jackson
_______________
Ranger is amazed by the misplaced ire displayed today.

We have rants calling for Tea Parties, rants inveighing against Wall Street fat cats, conservative commentators who rants about everything not affiliated with Ronald Reagan (praised be his name.) But no outrage is left for the moral bankruptcy that is American life in this 21st century. We should look in the collective mirror and see how we have come to such a state.

The answer seems obvious: Democracy is as dead as Dick Cheney's speeches. In addition, Christianity has become as irrelevant as Jeffersonian thought.

The nation supports violence disguised as democracy, and leads crummy nations to believe that the elections we bring are the sign of a healthy democracy, which is a big lie. After all, we still vote, sort of.

Elections are merely a symbol of democracy, a system which must be based upon the concept of political accommodation and humanistic principles along with the attendant responsibilities of citizenship. Those are behaviors which cannot be outsourced.

And that is exactly the problem with domestic politics in America. We accept the illusion that just because we got to vote, it follows that we are free and democratic. Our votes should dictate the policies desired by the enfranchised majority, but that is not happening. The will of the people is ignored, in the name of expediency or state secrets, or something else which trumps the will of the simple folk.

Why have the people only come to anger now? Because they, too, were hoping to ride the gravy train but find their retirement is on the chopping block, as well. Everyone is happy to turn a blind eye, until the blindness is not of their own choosing.

The only democracy that counts in America today are the votes of the corporations. That is the crucible in which our policies are born, and that is where democracy dies.

posted by rangeragainstwar at 8:13 PM

The above pretty much crushes the Janes and Joes of the world. Along with this, well who knows what the future bring to the workers here. uncle milton has won if the congresscritters vote this Yeh and they will yield to their masters and it isn't me and you.

I very much enjoy your blog....well maybe that's not the right word. Let me say I very much appreciate your voice.

Excellent. The mirror is such an excellent metaphor for the self, seen from outside. (How different we might behave if we could witness ourselves as the mirror does!)