RANGER AGAINST WAR: From Twinkies to Fuel <

From Twinkies to Fuel 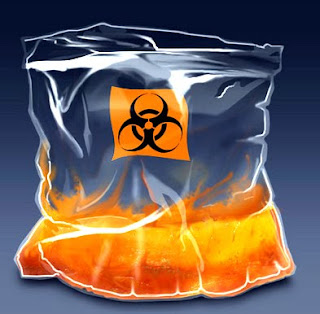 Because I'm built for comfort, I ain't built for speed

But I got everything all the good girls need

I've seen every blue-eyed floozy on the way
But their beauty and their style
Went kind of smooth after a while
Take me to them lardy ladies every time
--Fat-Bottomed Girls, Queen
_________________


A loyal reader asked that we might lighten up a bit, so in keeping with Ranger's challenge to the politically-correct of the world, he proposes a new green initiative based on his observations of people and their ever-present need for fuel: Render their fat upon their expiration.Human fat -- adipose tissue -- could be sourced from both the living and the dead to manufacture any number of products, much as whale tallow keeps entire societies alive. Perhaps the thought of rubbing it on your skin as an emollient is unpleasant, though many pay dearly to do just that with human placenta.
The urge for the fountain of youth is a powerful motivator. Geraldo Rivera had his buttock fat injected into his face for a more comely appearance (the jury is still out). The poet William Butler Yeats had monkey testes implanted in his scrotal sac in his quest for potency in his twilight years (though some argue they were goat testes.) Sometimes, one just needs a little push to mount the hill of resistance, and vanity is one of those.
But forget vanity as the lead motivator. Fuel to power our motoring needs could be the primary use. America is slap filled with fat people: The Centers for Disease Control says about one-third of us are obese, which the CDC defines as having a Body Mass Index (BMI) of 30 or higher; another third of us are overweight, making for a gravy train of adipose. If their fat were to be rendered, we would have an excellent source for bio fuel.IN fact, Beverly Hills liposuction doctor C. Alan Bittner, M.D. did just that (Forbes reported on it in 2008). Dr. Bittner removed the unwanted fat from his patients, processed it, and used the resulting biodiesel "to fuel his Ford SUV and his girlfriend’s Lincoln Navigator." That's a lot of fuel consumption, and he introduced his success to the world at his now-defunct website, lipodiesel.com.

Unfortunately, California had a legal proscription against using "medical waste" for fuel purposes, and the good doctor is reported to have fled the country. (Maybe not such a good doctor, as he also tended to "over-render his patients," making for a lumpy result).

The time for creating truly sustainable energy resources is now.

How can anyone get excited about the thought that fracking might provide 100 years of fuel? OK -- what then? "Oh, I'll be dead, then", y'say? Well, part of life is aspiring not to leave it much more effed up than when you entered it.

Fuel is but one possibility: cosmetics, soaps (the Nazis innovated that), enviro-friendly candles -- every petroleum-based product could be tweaked to use this seemingly limitless resource (well, not in Somalia, maybe.) Reports of a Peruvian black market for human fat erupted in 2009, and then disappeared from the news. Were the Peruvians doing something beyond selling the fat to fancy European cosmetic manufacturers?

Rendering people's corpulence would make of them national assets, rather than the butt of jokes, and give them much-needed self-esteem before they enter our gas tanks. The Hurley's of the world would give far out of proportion to their person and as such would be saluted, rather than maligned.

Wanna stop bullying? Render the hefties! From Twinkies and margarine back into fuel source -- this is the miracle we have been waiting for.

The benefits would spread everywhere: As they would be corporally leaner at death, the donator's caskets or vaults could be made smaller, for instance. This would be an apres-death reduction of their carbon footprint. Although one of the 12-Step programs could be eliminated, that would still leave many other 12-step programs at which the predatory may hook up with the stability-challenged of the world. (And there are always yoga classes and the Self Help section of the bookstore, if any of those survive the Kindle.)It's time we get over being squeamish over our bodily emanations. Landfills, barges, tugboats and mountains have hid our waste for some time, but as we and our waste products multiply, the day of not seeing is nigh upon us.
Devastatingly large and toxic "garbage islands" exists in the Atlantic and Pacific Oceans. The Eastern Pacific Garbage patch is twice the size of Texas. C'mon, people, time to face the music and pay the piper!


Eat the elderly! Except Warren Buffett. He knows where they hid the money. Sure, they’re old. They’re wrinkly and taste sort of gamy, with a hint of talcum powder), but we think food production is not as threatened as fuel sources.

We are not ready for pure cannibalism, but we have been cannibalizing (sourcing) parts of the human body for a while now. This is simply an extension of being an organ donor; tissue harvesting already occurs.This is no time to stand on fallow ethics or haughty revulsion. Ranger's proposal is a win-win for all.

--Jim and Lisa
[see "Battle of the Bulge" for concluding thoughts.]

posted by rangeragainstwar at 9:00 PM

The good doctor and his love handle fueled SUV?
Gotta love this country, even if the exhaust fumes will gag ya.

“The only thing a skinny legged woman is good for is to run get a big legged woman.” –bluesman Sonny Terry

There it is.
Deryle

I love big-legged woman, was gonna use it ...

Per exhaust fumes, nothing makes me more ill than the odor of fried fast food.

I don't know about you but I am ready for full-on cannibalism! However, I have repeatedly assured my wife that I would eat her last.

My sole concern is that actually, humans (especially Americans) would not be safe to eat. Considering how toxins and contaminants concentrate more the further you go up the food chain, and considering how high we eat on that chain already, the actual experience of cannibalism would not be that healthy, or at the very least not very tasty.

Our motto: Buy food, raise food or BE food!

I'm concerned about the toxins, too. From the NYT Science section: "Mercury’s Harmful Reach Has Grown, Study Suggests". BUt I'm SURE Big Pharma has a treatment for that.

Lisa,
as for the bad smell-simply buy a fatalytic converter.
jim

Can we force feed the BBQ'd bankers to the politicians? Just a thought.

I can see the advertisement now, bold and proud... "Exxon Green is PEOPLE!".

Regarding cannibalism, I am very much of the opinion that you should eat what you kill. I detest trophy hunters who kill only to harvest the horns or the ears. My guess is that mandating this policy would cause some distress to police officers and soldiers however, as well as give some people qualms about using firearms for self defense. Hold it, is that a disadvantage of the "eat what you kill" dictum?

Bankers would be too tender -- the filet mignon of people. I believe the poor and hungry should get the finer cuts.

In a truly fair system, those who were economically rapacious in life would not get to ingest the literal "fat of the land"; no -- they'd have to eat stringy Appalachians.

I have a theory that thoughts inhere in the flesh, so feeding the "underachievers" the William Buffets of the world, let's say, might impart some sort of molecular know-how to allow them to do better.

Yeah, what is it with ears and horns? There's a lot of potential fuel being wasted there.

To all those brave rodent hunters who enjoy bagging bags of poor little voles or whatever: Vole hash for life! I like: you kill it, you eat it. Very economically-minded.

Yes, how might this affect warfare. Well, you wouldn't want to use any lead bullets, right?

The only vole hunters I am aware of are feline, and do indeed eat what they kill. Either that, or drop it on my bed by my pillow as a gift to me right as I'm waking up in the morning (cue screech of dismay!).

I forgot about those trophy hunters that harvest whole heads to mount upon their walls, leaving the bodies to rot. They are the Colonel Kurtz of trophy hunters. If they do not intend to eat their kill themselves, they should at least present the carcass of their kill to a local food assistance program for further processing (via digestive tracts) into Exxon Green. All those rotting moose or elephants or what have you are a ridiculous waste of what, suitably processed via digestive system and liver into harvestable human fats suitable for processing into Exxon Green, could properly fuel American domination over all of eternity.

Keeps PepsiCo & Frito Lay going, keeps the diabetes and anti-cholesterol drugs a 'comin, keeps us FUELED with the fat o' the land. What a bounty, really. Hey -- and all those Christians can fly off in a truly "Glorified" new body, courtesy Exxon Green.

BP could start paying off their Gulf lawsuits ...

(And yes, kitties know how to use their kills; eat what they want -- with mine it was the head and paws -- and gift us with the rest. One time I turned away from the offering on the doormat and the kitty took it off for some other purpose, maybe an offering to Bast ...?)

BT,
have you read my essay-CRAIG BODDINGTON MUST DIE?
he's a big game hunter/gun writer.
jim